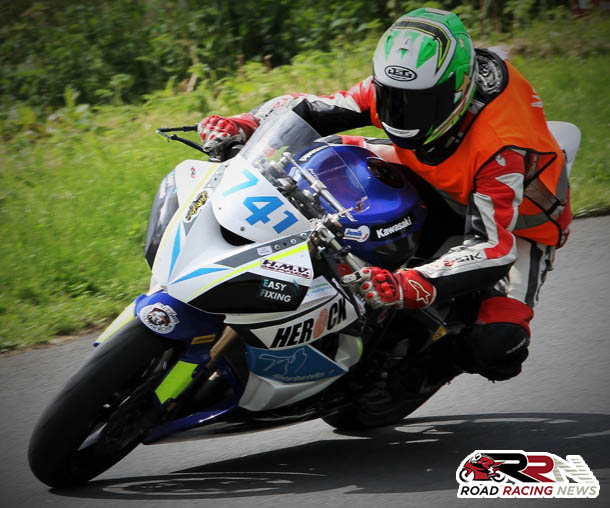 With it’s unique features, prestige and great history, it’s no wonder multiple riders year in, year out decide to compete for the first time at Oliver’s Mount.

It’s been the same case in 2016, with many a talented rider, taking their first steps into competition at England’s only pure road racing circuit.

This includes Gary Dunlop, son of the legendary 26 times TT winner Joey Dunlop. Recently Gary made his debut at the mount, at the 66th Scarborough Gold Cup, on the Joey’s Bar Racing RS 125 Honda.

Optimark Road Racing’s Morgan Govignon, Justin Collins and 2013 Newcomers A Manx Grand Prix winner Chris Dixon, all seasoned roads exponents, have all taken to the mount for the first time.

Two of the most impressive Scarborough debutant’s this year in my opinion, have been Belgium’s Kevin De Frenne and two times IRRC Supersport champion Laurent Hoffmann. 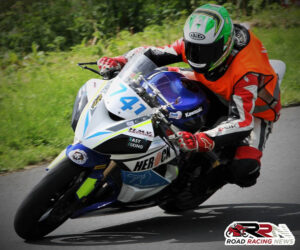 The Cock of The North Road Races, saw them showcase their world class roads quality, as they acquired many a notable result.

Craig Robertson’s first year of action at Scarborough, has marked not only his first venture into competition at the North Yorkshire roads venue, but also his first foray into pure road racing.

A collector of multiple highly creditable results, plus a second place finish in the solo non qualifiers race, at the Cock of the North, Craig enjoyed a productive season at the mount.

He’s planning to compete at all Oliver’s Mount meeting’s next year, with the aim of pushing for top three finishes in the Lightweight class, plus top ten finishes on a planned new Supersport mount.

Alongside Craig riders to have made their roads debut’s this year at Oliver’s Mount include Wayne Humble, Mike Mace, Owen Graves and Jack Fowler.

It’s extremely positive to see such a vast array of riders, moving into action at Scarborough.

One of the riders above, could well become the next big star at Oliver’s Mount, in the same way Guy Martin and Dean Harrison have, at first they was up and coming riders, then rising stars, then established front runners, then the ones to beat.