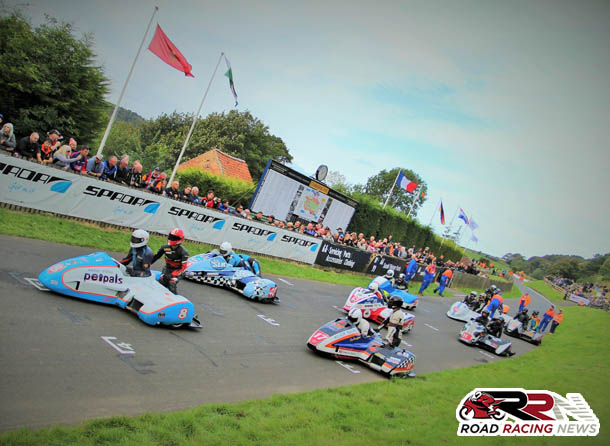 We’ve seen this year at Oliver’s Mount, many a close fought Sidecar race, as outfits battled for wins at a road race circuit, that is steeped in history.

The Ramsden’s Steve and Matty have been amongst the Sidecar stars of 2016. The father and son duo, have enjoyed sustained success in their Ramsden Racing outfit, recording multiple top class results. 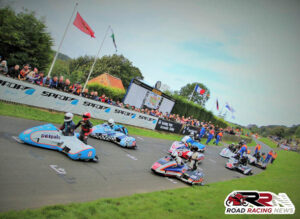 Competing in the Team ARC outfit, they have impressed many with their performances at Scarborough.

Most recently at the Scarborough Gold Cup Tim Reeves/Patrick Farrance wrapped up three victories, it was also a positive meeting for the Lowther’s John and Jake, who secured a hat trick of top five finishes.

2016 at the mount has also seen Eddy Wright make a popular return to competition, plus Nick Crowe/Mark Cox’s outright lap record of 1 minute 53.495 seconds set in 2008, remain the quickest Sidecar lap at present, around Oliver’s Mount.

The late but great Ian Bell, who wrapped up wins in both Sidecar races, at the Spring Cup National Road Races, quite rightly holds the title of been a Sidecar legend.

His tally of 67 victories, is by far the most wins achieved by a Sidecar driver, at Oliver’s Mount. In my opinion it will be a long, long time till Ian’s record amount of wins at the mount, will be surpassed.