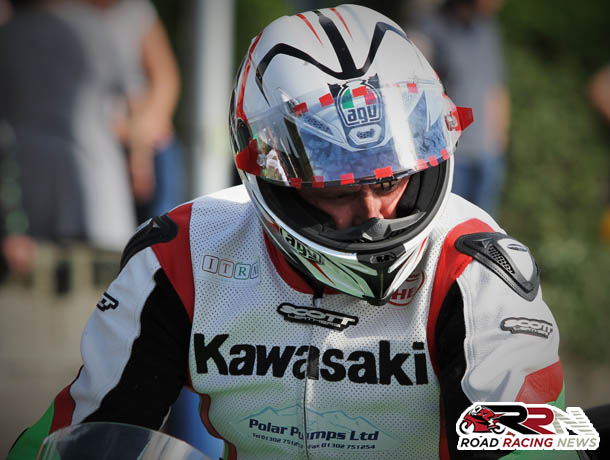 Michael Moulai showed his proven quality around the Mountain Course, during the 2016 Manx Grand Prix.

Following what can only be described as a challenging practice week, which included mechanical issues and then a low a speed incident during Friday evening’s practice session, he went into race week, it’s fair to say not 100 percent confident of what to expect. 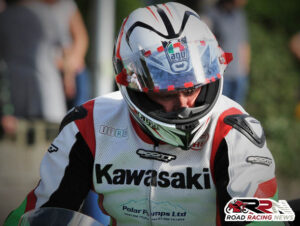 Piloting the Des & Dot Collins Racing ZX6R Kawasaki, race week for the New Zealander, began with a more than creditable fifth place finish in the Junior race, as he finished amongst the leading Kawasaki mounted competitors.

Next up was the feature race, the Senior, for the 2014 runner up in the blue riband event of every Manx GP meeting.

Leading the Kawasaki challenge, Michael went onto secure another fifth place finish, following a highly accomplished all round performance.

The fourth and final lap saw him lap not far off his personal best lap speed on the Mountain Course, as he lapped at 118.435 mph. 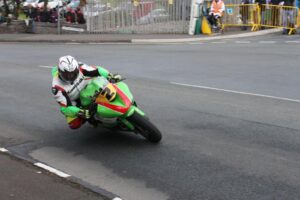 Reflecting, on his 2016 Manx GP campaign, Michael said on his Facebook page:

“Well as already said, we are all back safe from the 2016 MGP. Although I’m not happy with the results, I had more than my share of bad luck again all through practice week, starting with a front brake disc departing the Collins & Russell ZX7RR at about 130 mph while braking which caused me to loose the whole session.

I went into the races with just 3 laps under my belt in the 600 and struggling for a good setting. Long and short it was not to be my year with two fifth place finishes in the junior and senior races and a best lap of 118.7 mph which is well below where I have run before.

The thing that made this years Manx special was that my Mum, Dad and one of my Brothers made the trip from New Zealand to come to support me.

Also having the opportunity to ride for my good friends and team owners Des and Dot Collins and Ronnie Russell on two very special bikes.

Playing a huge part again this year I was lucky to have my good friend and sponsor Brad Choppin of Polar pumps for the full 2 weeks on the tools along with Stuart Waplington, Grant Moulai.

Without the support from you all I could not do this and I am eternally grateful. It was nice to be a part of this great event again and be back with the road racing family and my supporters who came to see us. Thanks to the organisers and marshals for making it all happen.”