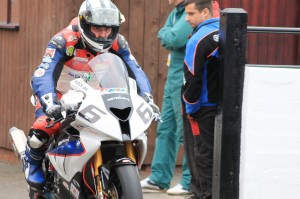 11 times Isle of Man TT winner Michael Dunlop is linked to been Kawasaki mounted for TT 2015. This season has been another tremendous one for Michael who began the 2014 road racing season at Cookstown 100.

Feature supersport and super twin race victories where made all the more impressive given that the reigning Duke road race rankings champion was carrying a arm injury sustained at opening round of the British superbike championship at Brands Hatch.

TT 2014 saw “Maverick” take his tally of wins at the Isle of Man TT up to 11 following race successes in superbike, superstock, supersport 2 and senior races. 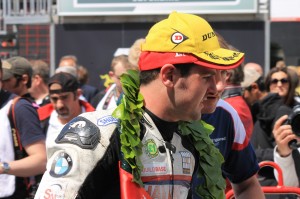 Plus during TT 2014 Michael became the fastest rider in history from a standing start on the mountain course following lap speed of 131.730 on opening lap of Dainese superbike TT.

Grand final wins at Armoy and Killalane alongside open race 2 win at Frohburg road races where further highlights of a season which saw the road racing hero extract the maximum out of superstock and superbike BMW’s.

Ever since it was announced he was not going to be competing on BMW’s next year a number of teams have been linked to running the supersport and superstock TT lap record holder in 2015. 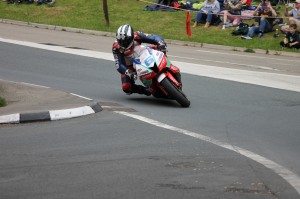 Which includes Paul Bird motorsport and Lloyds GB moto Kawasaki, although linked as well to competing on a Crescent racing prepared GSX-R 1000 Suzuki superbike it looks likely at this moment in time that the 11 times TT winner will be Kawasaki mounted for next season.