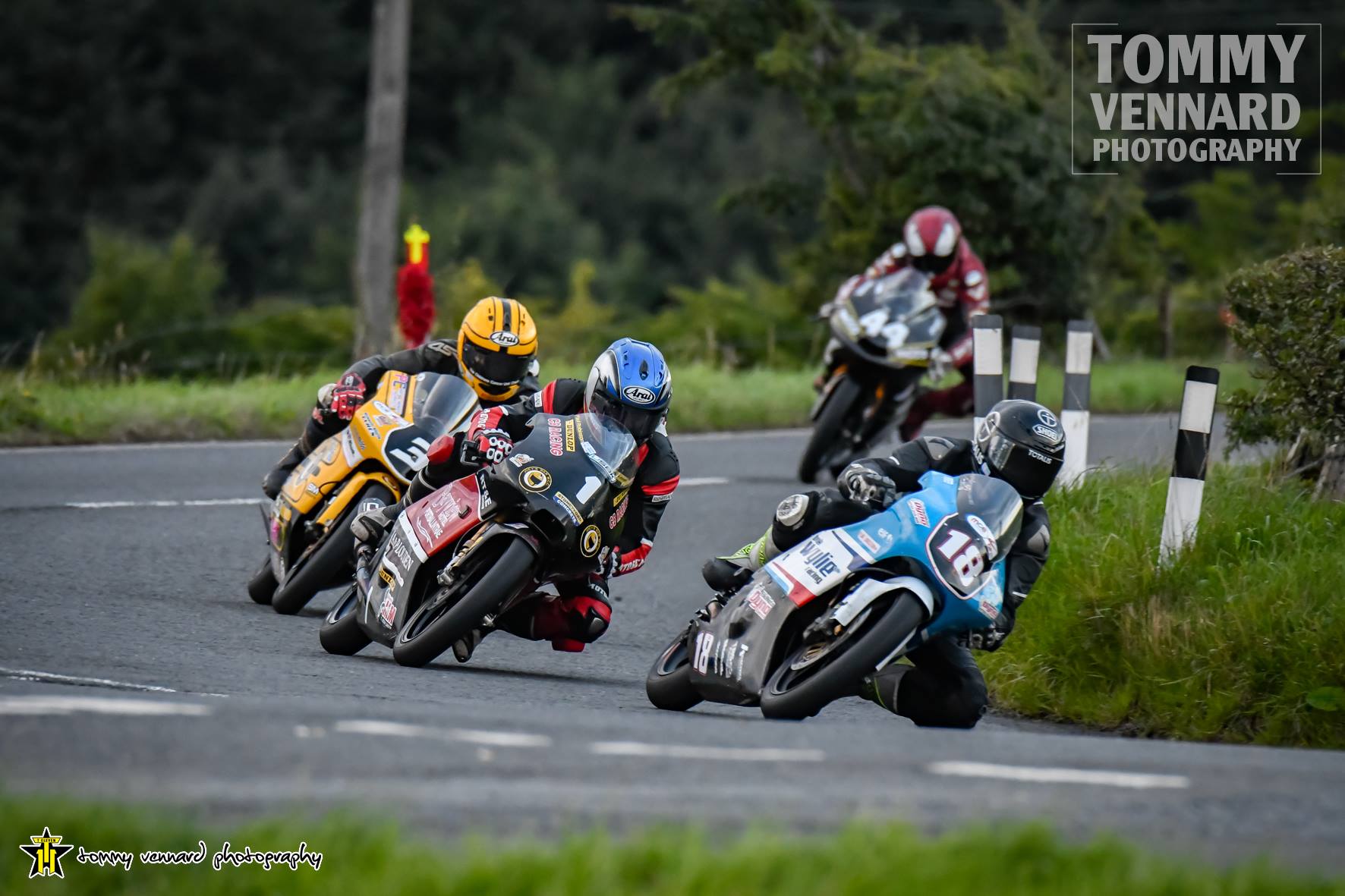 With more wet weather setting in, allied to fog and visibility decreasing, it was no wonder that the Plant Lubrication (NI) Ultra Lightweight, Lightweight races, provided the final competitive action of this years MCE Insurance Ulster Grand Prix.

Prior to cancellation of the inter joined races, the pace out front respectively 125/Moto, 250/400 machinery wise was being set by Shaun Anderson and popular Czech racer Michal ‘Indi’ Dokoupil.

Ultimately as the battle for respective class honours came to the conclusion of lap two, Clerk of the Course Noel Johnston, made the decision to halt both races, following the now increasingly inclement weather embarking upon Dundrod.

At the helm of their respective classes, prior to the races been halted, Banbridge’s Anderson and the popular Dokoupil were credited with Lightweight, Ultra Lightweight Ulster GP victories. 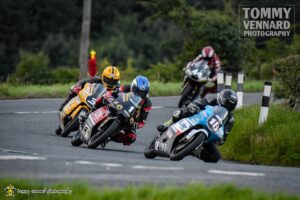 Just over a tenth of a second off securing a second successive Ultra Lightweight triumph was Christian Elkin, whilst Paul Robinson rounded out the top three 125/Moto 3 runners.