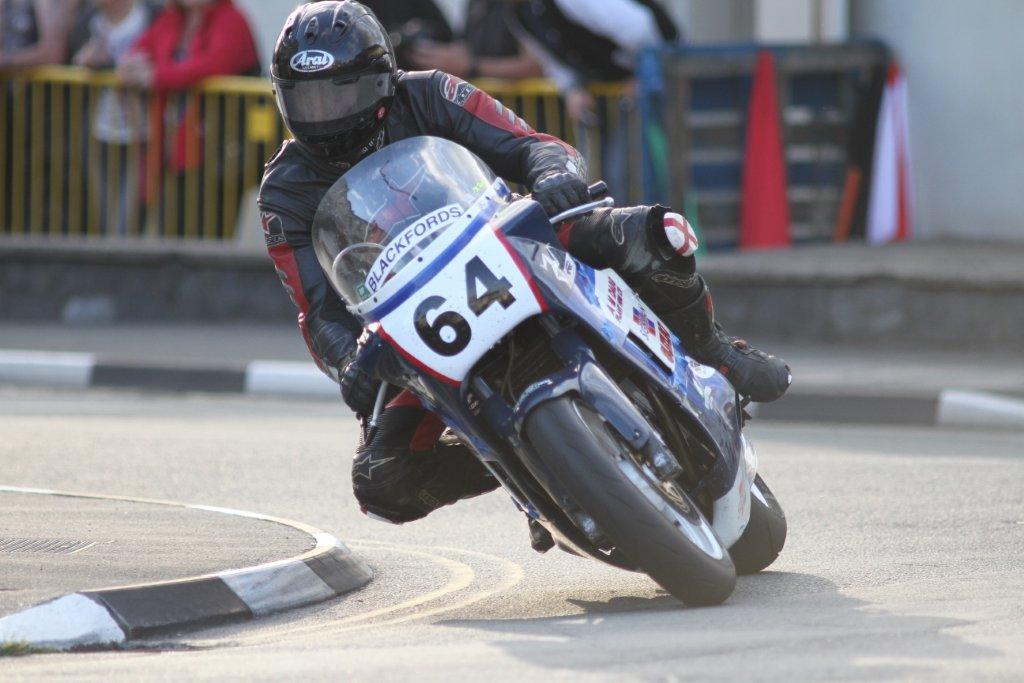 Martin Harrison had one of the best moments of his Mountain Course Career to date, in the 2016 Superbike Classic TT.

This soon became a 27th place finish, following Dean Harrison, James Hillier, Jamie Coward and Horst Saiger all been disqualified from the race.

Cause of this as well, it elevated Martin to securing his first Classic TT bronze replica award.

Following the Superbike Classic TT, his next race action on the Mountain Course, was in the Super Twins Manx Grand Prix.

He went onto secure another 27th place finish, following an overall average race speed of 99.448 mph. 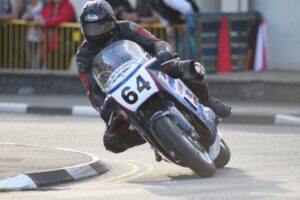 Reflecting on his 2016 Classic TT and Manx Grand Prix campaign’s, Martin said via his Facebook page:

“Well it’s been a eventful 2 weeks in the Isle of Man on the 1100 GSXR and the super twin, was not a good start to my practice week, did two laps on the 1100 and then jumped on the super twin just after Crosby jump the engine decided to not be super twin any more and pulled in at Greeba Castle.

A big thanks to the Herbertson’s for coming to pick me up and the bike and feeding me later to a fine mince and spuds. Got the engine changed the next day as had a standard versy engine that had not been ran for three years so went with that and got it dyno’d at slicks from 68 BHP to 75 BHP.

Qualified on both bikes in the first 2 days of practice, Thursday night practice noticed smell of fuel on the 1100, on investigation I had a leak in the fuel tank and removed the belly pan to clean the fuel up, as I was doing that I noticed the exhaust had a crack, so next day was up early got the fuel tank sorted and exhaust welded and all sorted for Friday practice.

Both bikes went ok apart from the not so much a Super Twin any more which was running around a very hot 102 degrees.

Monday the classic TT Superbike race went to plan had a great pit stop thanks to Chris Howard, Tracy Authers, Joanne Orr, and my fastest lap time 108 mph, got me a 27th place finish and a bronze replica so well happy with that.

Wednesday was the Manx Grand Prix Super Twin race, the bike was running hot but I just kept it flat out, my pit stop was all my fault stopped short to fuel up and on my way out I got a pit lane penalty so finished 27th in that race as well, it’s been a brilliant 2 weeks.

A massive thanks to all the marshals, the medical staff, Manx Grand Prix and classic TT staff, thanks to Charlie and everyone at Signman, to my lovely Joanne that has helped me out so much building up to this big event and my pit crew Chris and Tracy, and Derek Wilson and Neil for helping set up camp and a get well soon to the riders that had an off.”