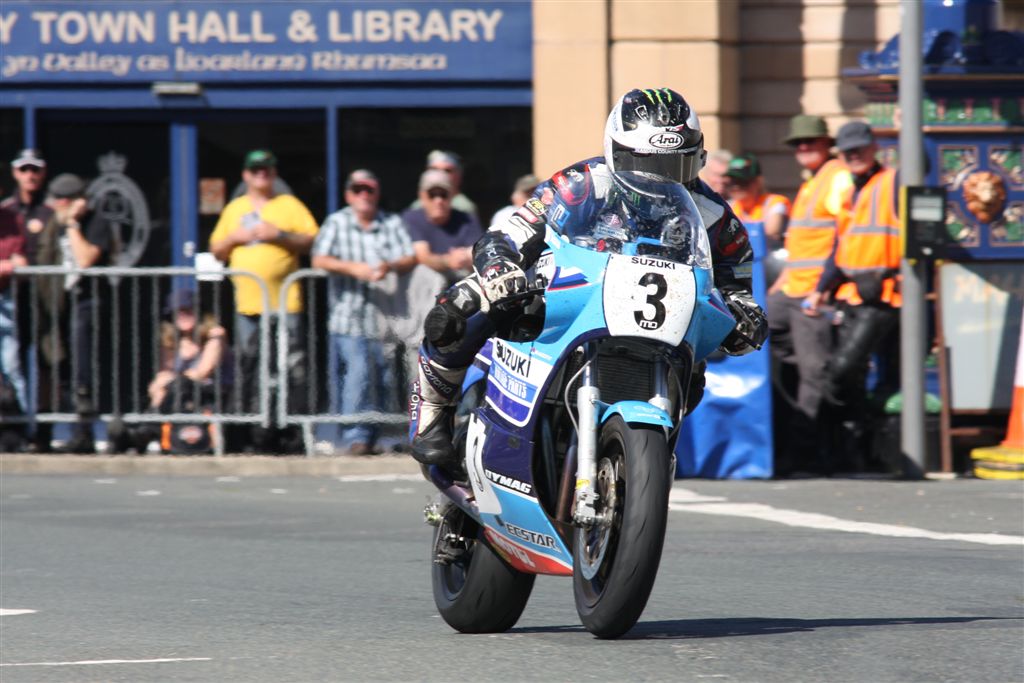 Team Classic Suzuki where absolutely delighted as Michael Dunlop made it a hat trick of Classic TT victories for Steve Wheatman’s team, in the Superbike Classic TT.

Showing his absolute mastery of the Mountain Course, Michael on lap two, set a new class lap record, lapping at an astonishing 126.808 mph, whilst his overall race time of 1 hour 12 minutes 57.750 seconds would have placed him sixth in the opening Monster Energy Supersport race of TT 2016. 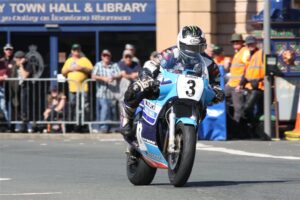 Speaking after the race, Michael said:

“It was really hard today but I kept at it. The big girl was working really well. I’ve got to thank Steve Wheatman and the boys for that. People don’t understand how hard it is but it’s hard work around here.”

Team mate Danny Webb originally finished in tenth place, but then following Dean Harrison, James Hillier, Jamie Coward and Horst Saiger all been excluded, this elevated him up to sixth position.

“The race went well. I felt comfortable from the second lap and was able to push on, but unfortunately we developed a misfire after the pit stop. It stalled at the Nook, but I managed to bump it and got it over the line.

I really enjoyed the big bike. I had a target in my head for a lap time, and I beat that, so I can’t complain.”

“We’re all delighted with our 2016 Classic TT. Michael was outstanding today and showed incredible pace from the off, setting new race and lap records and giving us and our team partners a fantastic result.

Danny’s performance has been very impressive too. To arrive here having not ridden the bike before and set the times that he has shows his true pedigree.

It wasn’t plain sailing today but he dug deep, didn’t give up and showed real determination. A truly great team effort from everyone involved and a fantastic event to be part of.”