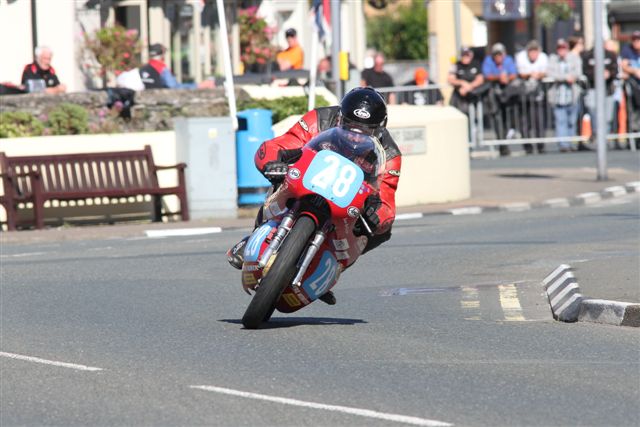 In his long accomplished roads career, Allan is most known for his classic racing exploits. This year has seen the Manxman secure 500 Classic victories at the returning Mid Antrim 150 and Walderstown Road Races.

His personal best result at the most famous road race in the world, the Isle of Man TT, came in 2011, when he finished a fine fourth in the SES TT Zero race.

TT 2011 also saw Allan secure a 40th place finish in the opening Monster Energy Supersport race. It was back in 1978 when the Ramsey based rider, made his Mountain Course debut, which saw him finish runner up in the Newcomers 250 race. 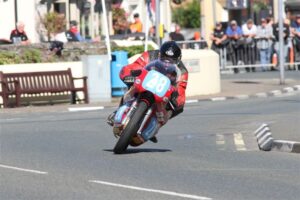 This years Classic TT Races saw Allan encounter reliability problems in both the Senior and Junior races, it was after the Junior race, that he issued this statement via his Facebook page, in which he confirmed his retirement from pure road racing competition.

“The run of bad luck continues ! The race started on time at 10.15 the conditions were perfect and I was really looking forward to a good race.

I started at no 28 and had Bill Swallow behind me starting at 31. I spoke to Bill before the race and asked him not to catch me too soon, he didn’t listen and passed me on the first lap. I tried to follow but his bike was way quicker. The only other rider to catch me was Nick Jefferies who gave me the thumbs up along Sulby straight.

On the third lap just after the Bungalow the engine gave a loud bang and that was race over. I coasted to a halt and parked the bike at Brandywell and then discovered an ‘extra’ hole in the crankcase.

So that’s it another season over and the way I feel now, this will be my last. I’ve decided that because of the controversy over the results of Saturday’s Senior Classic results, I don’t want to be part of an event that condones out and out cheating. The first 2 bikes should have been disqualified due to ‘oversize’ tanks.

It’s common knowledge in the paddock but the result has been allowed to stand. One rule for some and another for the rest of us !!

I know I’m going to miss it but my head tells me its time to pack in. You can’t race knowing that somebody else is ‘cheating’ and unfortunately that seems to happen more and more, not just in the Classic TT but across in Ireland with big engines especially in the 350 class.

I have really enjoyed my time competing in the Irish road race championship for the last 7 years winning the 500 championship in 2010, again in 2013 and finishing 2nd this year.

For those of you who are upset by these comments maybe its time for you to read the regulations again, they are supposed to make racing ‘fair’ and to create a level playing field for all. How can you celebrate a result if its been achieved by breaking rules, it should be just on your own ability and merit.

Finally I would like to thank all of you who have supported and helped over the years. There are too many to thank individually but special thanks to my good friends Mike and Dawn Jacobs (Entrant) and Nigel Watson at Luviair who has sponsored me for the last 3 years.

There is of course one other very special person to thank, Jan my wife who has supported me 100%. My name may be on a few trophy’s but it should have her’s as well.”