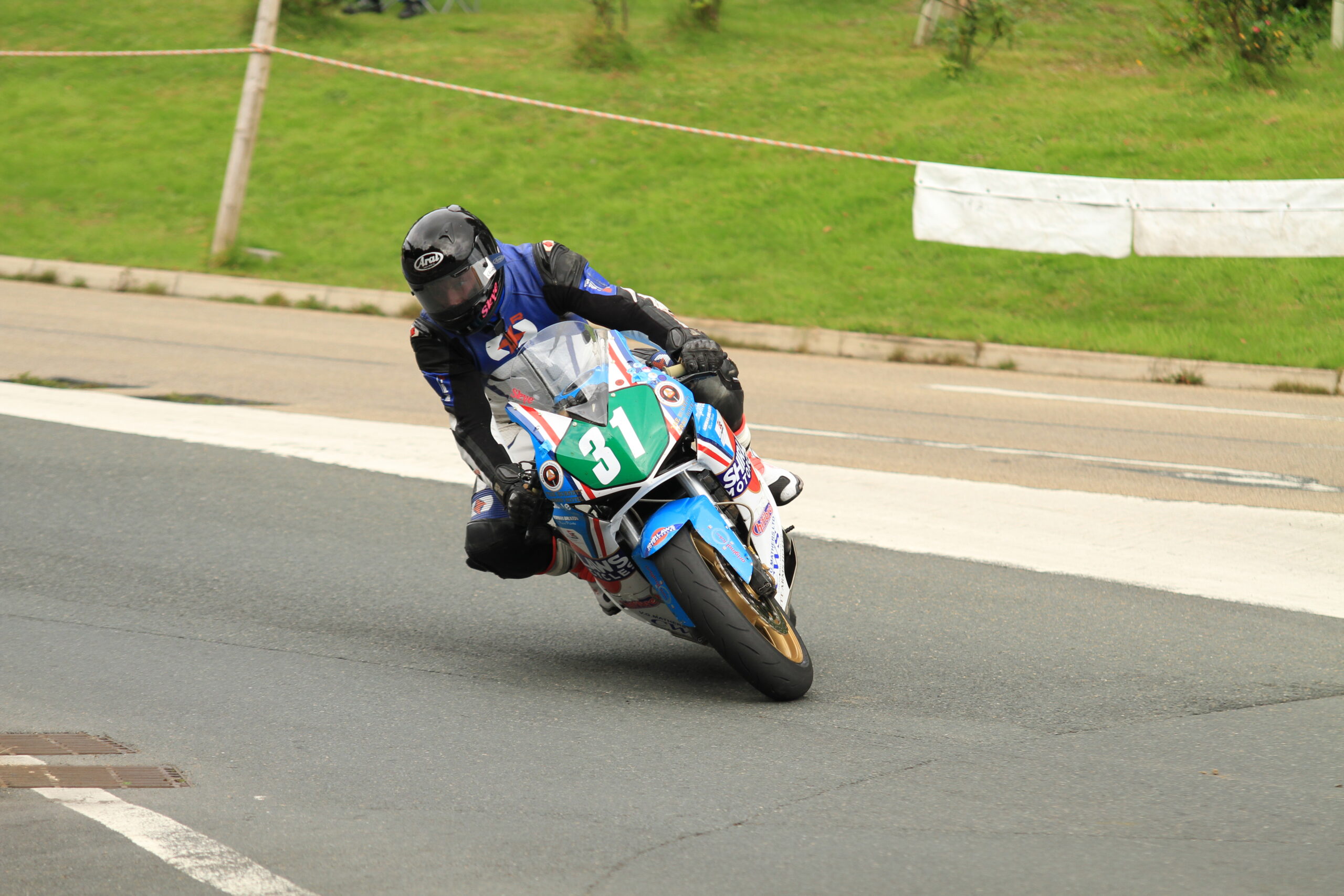 Having been impressive throughout practice week, Marc went into the Newcomers B race, confident of contending for at least a podium finish.

The four lap race would prove a quite momentous for the rider regarded amongst Scotland’s leading pure road racers.

He finished a superb second, on the final lap lapping at 111.101 mph, a new record lap speed for the Newcomers B class.

Following his great feats in the Newcomers B race, next up for Marc was the Super Twins encounter. 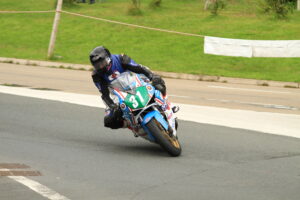 Showing more accomplished form, he finished a very creditable 12th, as he rounded off his first venture into competition at the Manx Grand Prix in productive style.

In my opinion a definite potential in the future Manx GP winner, Marc showed at this years Manx that he’s a natural around the Mountain Course.