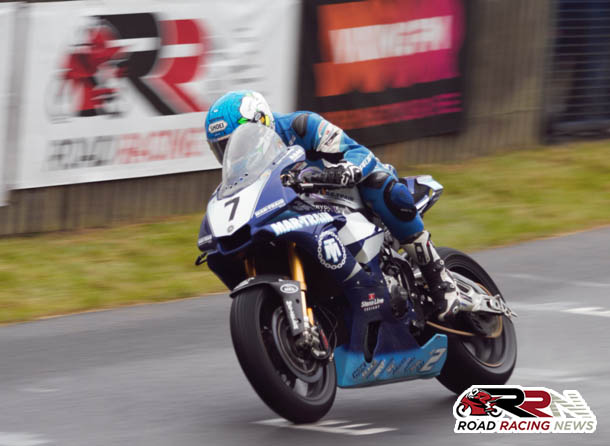 In winter of 2014 all pure road racing fans worldwide where fascinated to see how competitive, the new YZF R1M Yamaha would be at TT 2015, North West 200, Ulster Grand Prix.

Dean Harrison and Mar Train Racing’s have lead Yamaha’s challenge on the all new machine during the 2015 pure road racing season. 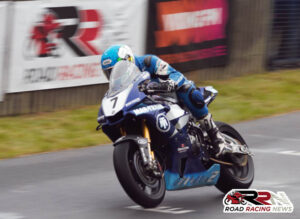 The season got off to a terrific start at Oliver’s Mount at Spring Cup National Road Races. Dean was victorious in opening senior race, holding off strong challenges from Guy Martin, Lee Johnston, Ivan Lintin and Ryan Farquhar.

Dean Harrison competing for the second time around Cookstown, made up for the disappointment of retiring from open race, by finishing an impressive third in grand final.

Next meeting on the horizon, was opening international of the season, Vauxhall International North West 200.

Action around the triangle did’nt go to plan for rider/team as Dean Harrison crashed out of opening superstock race.

Prior to his the 2014 lightweight TT winner, showed good pace in superbike, superstock qualifying sessions. 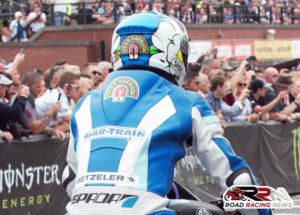 Southern 100 would prove to be highly productive for Dean and Mar Train Racing. Most positive moment from competition around Billown, was third place finish in 600/1000 race. 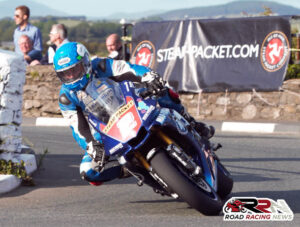 The season would end in extremely positive fashion following third place finish in race of legends at Armoy.

Then a quite superb weekend’s racing at Scarborough Gold Cup, with Dean Harrison going unbeaten all weekend, clinching senior, cock of the north and Steve Henshaw international gold cup victories.

With six wins, multiple top three finishes, 130 mph lap around the mountain course, Dean Harrison and Mar Train Racing proved this season that the potential is there for the YZF R1M Yamaha, to score more international road race wins. 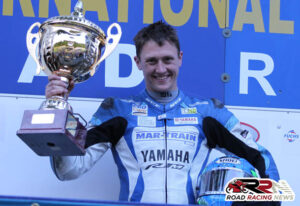 Having done a full year of development on the highly rated machine, Mar Train Racing go into 2016 confident, that they can be in contention for big bike success at TT Races.

For Dean Harrison, gold cup glory was proof that there’s light at the end of the tunnel with the new YZF R1M Yamaha.

It’s fair to say this year that Dean and Mar Train Racing, have worked many a miracle with an unproven bike in pure road racing.