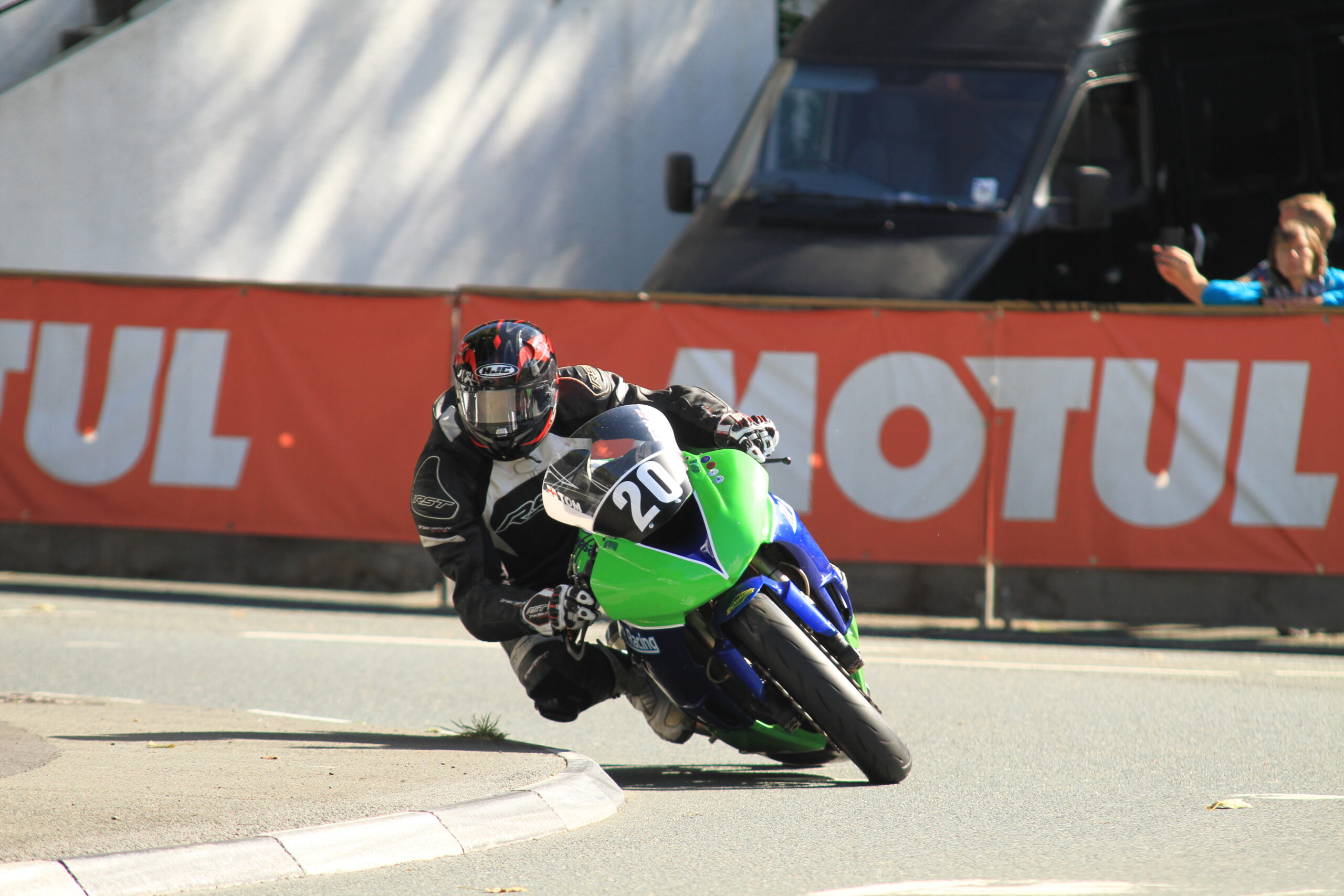 Tom Robinson was overall happy with the results and lap speeds, he acquired at the 2016 Manx Grand Prix.

Following a productive practice week, which saw him along the way lap at 116.731 mph, on his own teams ZX6R Kawasaki backed by KS Performance, he went into race week firmly optimistic that top draw results, where on the cards.

Race week didn’t start brilliantly for the rider nicknamed “Too Tall” as he forced to retire on lap two, having held 27th place at the end of lap 1. 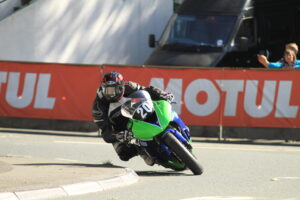 Next race on the horizon, was the Super Twins. Although the SV650 Suzuki is not considered the machine of choice for the class, Tom went onto finish a very respectable 18th, finishing amongst the leading Suzuki mounted runners.

His 2016 Manx GP campaign, would conclude with 11th position in the Senior race, which provided him with another bronze replica finish. 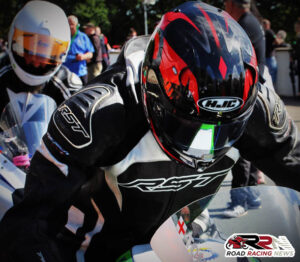 Since making his Mountain Course debut in 2013, he has developed into an accomplished competitor on the most famous road racing circuit in the world.

Don’t be surprised to see him in years to come, secure Manx GP podium finishes.

It’s not long till the Scarborough Gold Cup meeting at Oliver’s Mount, there is a possibility that Tom could be in action at the meeting which celebrates 70 years of roads action, at one of the world’s most iconic roads circuits.