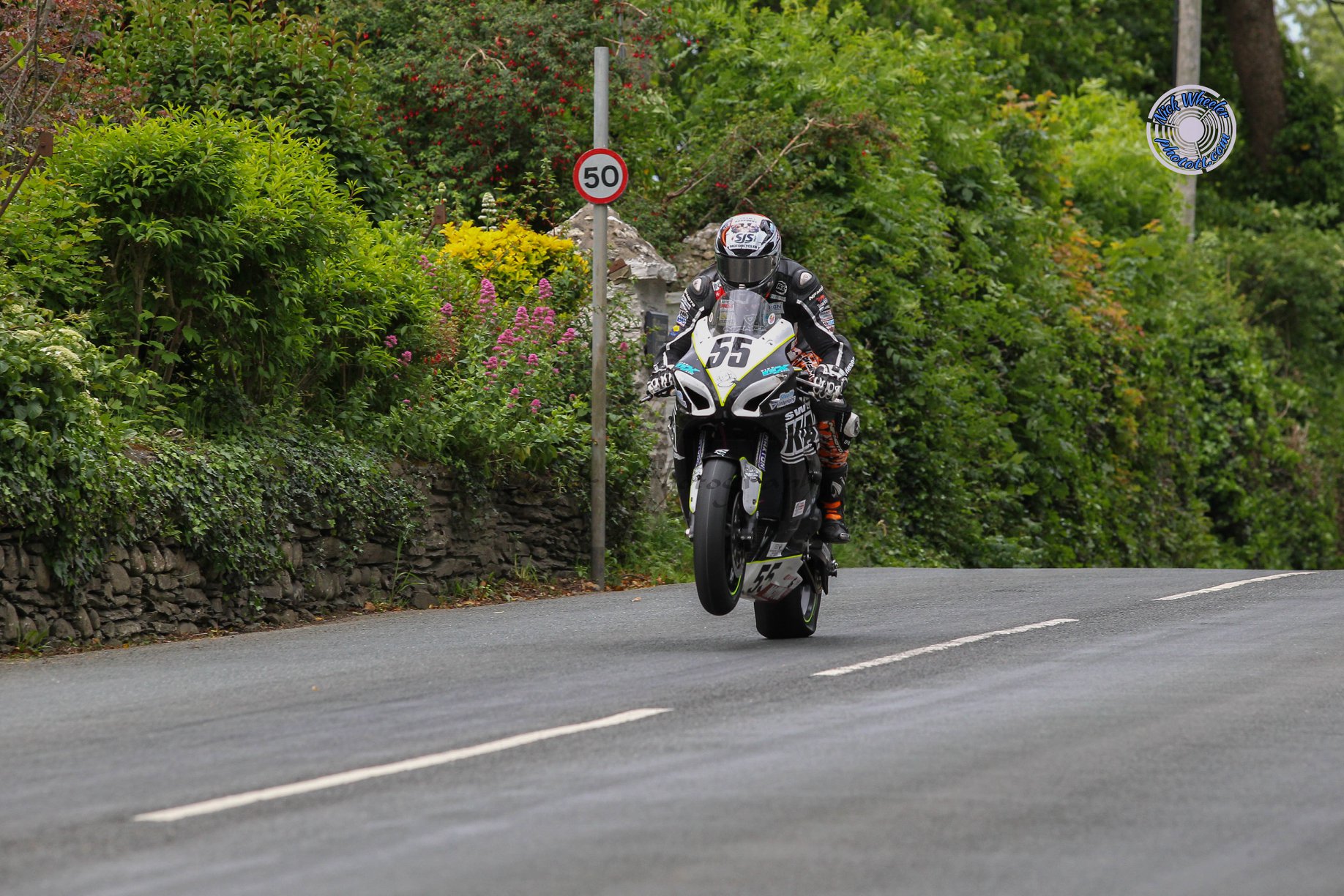 “I was lucky I think not to have visited the Island prior to racing the Manx GP I think if I had been over as a spectator before entering to race the famous Mountain Course I wouldn’t have entered.

I think it is horrendous watching it, feels ten times faster off the bike seeing racers fly past and that would have made me question an entry for sure.

I was serving in Iraq when I put an entry in and did a load of on-board videos watching to learn the course and remember setting off behind the ledge Chris Palmer on my sighting lap thinking ‘I haven’t got a clue what’s coming up next’.

On-boards were great but gave no impression of the the gradients, bumps and undulations you face around the course. However I was absolutely hooked from the first lap it was like nothing else I had experienced on 2 wheels.”

“I think my Suzuki GSXR 750 Track Electronics entered Senior winning bike in 09 was my most memorable although I only did the first night of practice on it before the race, as we had some issues on the front forks that Dave in Ramsey was working on till the morning of the Senior.

The race was pretty wet so really didn’t get to give her the proper berries I think she was well capable of 120 plus, I only did 116 in them wet conditions which in places were pretty bad but made for a very eventful race. How I stayed on through Union Mills on the last lap I don’t know, I was over the front end broken screen job, it was exhilarating.” 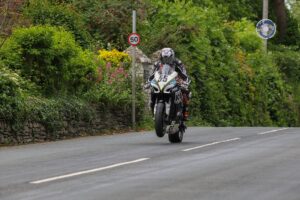 “I have been lucky enough to stand on the podium 4 times at the Manx in my 3 years I have competed there and they are all so special for different reasons.

But my most special was winning the Lightweight, again in horrendous weather conditions wet and thick fog to contend with and I had been blessed to go back to the Manx after not riding a bike for over 2 years prior. Also it meant a lot beating the Irish ledge Micko (Michael) Sweeney who was on form that year and has been since.”

“I have always looked up to Ivan Lintin, he has always been a bit of a man crush for me someone that works hard behind the scenes, dedicated in front of the scenes to get things right. Always keen to lend a helping hand and ear and offer advice. Proper gentleman in racing is our Ivy as are so many.”

“Cannot wait to venture out around the infamous Mountain course on 3 wheels. My Shelbourne F2 slidycar, going to be amazing.”