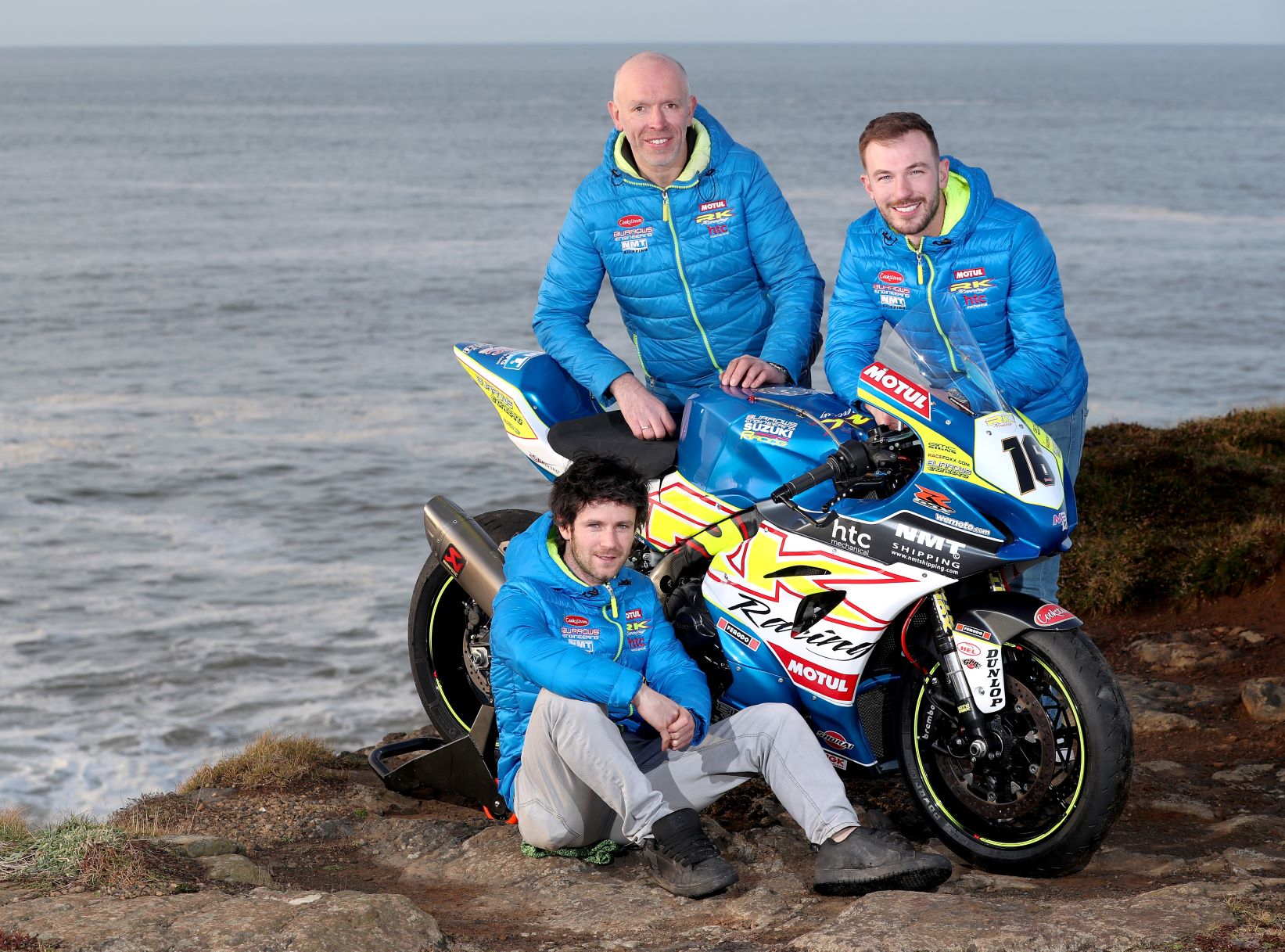 Given the Coronavirus outbreak putting pay to the majority of roads events in 2020, it’s not surprising to see National/International roads teams already looking towards 2021.

This is the case for John Burrows multi Irish Road Race Superbike Championship winning BE Racing team, who have announced their intentions to keep new signing’s Paul Jordan and Michael Browne for the 2021 roads season.

Commenting about this, plus adding his thoughts on the effects of the Coronavirus, John Burrows candidly stated:

“Nobody could have foretold what was going to happen with the Coronavirus outbreak this year and of course we are all disappointed as a team that we won’t be going racing for some time, but racing takes a back seat under these circumstances and the health of everyone is the biggest priority.

I myself have two elderly parents and they, along with my family, are my biggest concern right now.

We all hope that the situation will improve as quickly as possible and we look forward to the day when we can get back to doing what we do best as a team, but for now everything is on hold indefinitely.

We had big plans for this season with Paul Jordan and Mike Browne joining the team and with this season most likely all but wiped out, my plan is to keep both riders for 2021. I can see little reason to change things next year.” 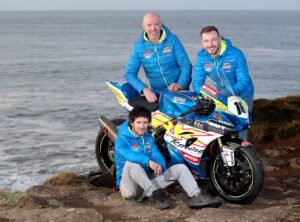 “Of course I’m gutted with how things have turned out but we have to look at the bigger picture now and be patient. I’ve trained harder than ever over the winter and I’ve never been fitter in my life, but it doesn’t look like we’ll be going racing any time soon.

“I’m just grateful that I’ve joined a team like John’s and he has come out and said I still have a ride on his bikes next season.

The situation couldn’t be any better really in terms of the bikes I have and that’s the truth. I couldn’t ask for more. I’ve been up in John’s workshop

and he makes me feel really welcome. We have a bit of craic and I enjoy being in his company. He’s really enthusiastic and he was giving me a great buzz just talking about building the bikes and his preparation for the season. It’s a really good atmosphere and we were both so excited – we couldn’t wait to get going.

John has put a huge effort into the 600 Yamaha that he has got me for the roads and I just wanted to get out there and ride the wheels off the bike and repay him for that.

The effort has been second to none and I couldn’t ask for more than what I have. I’m confident that we can have a really good relationship going forward and I’m looking at this as a long-term association.”

“From a racing point of view it’s a disaster but things have obviously changed in a big way and we’re all in the same boat.

There’s not much we can do and I was one of the first people to have a bit of a laugh about the whole thing at the beginning, but of course it’s become a lot more serious now and I’m worried about my family like everyone else.

If the situation changes for the better at all later in the year then I’ll be ready to get out there and race, but at the moment there is so much uncertainty over how this will all pan out and we don’t know when things might get back to normal. We’ll just have to wait and see how it all goes.”

Reaction from BE Racing’s title sponsors RK Racing, was provided by Charlotte Richardson:

“It’s obviously a huge disappointment for everyone at the team, not least John who has put in so much effort, but we all look forward to better times. RK Racing is committed to the team for the future and looks forward to racing with Mike and Paul on board as soon as possible.

“In the meantime, wishing all involved in our sport the very best in these difficult times and thanks for your ongoing support.”