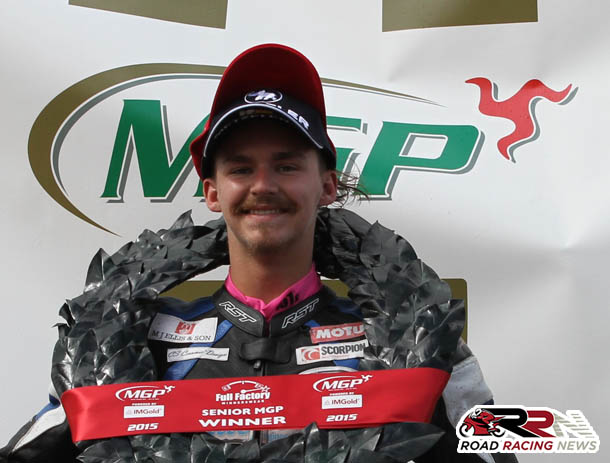 Malachi Mitchell Thomas is planning to compete at TT 2016.

2015 senior Manx Grand Prix winner is looking forward to competing for the first time, at the most iconic of all road races.

Commentating on been winner of the 2015 senior Manx Grand Prix, Malachi said:

“Going into this year I had a sense of confidence about me but I knew it wasn’t guaranteed with Billy returning and other riders also there was always the possibility of a mechanical. Which happened to me in the junior race.

It has sunk in now and like everyone says you get the post Manx blues and now my 2015 season is fully over its back to day to day work and talking about next year, just makes me want to get back in the seat so much more!”

He’s tipped by many to produce many a stand out display during TT 2016, as he competes against pure road racing superstars such as Ian Hutchinson, Michael Dunlop, Bruce Anstey and John McGuinness.

Amongst main aims for Malachi in 2016 at TT Races include pushing for top ten finishes in supersport races, whilst for superbike, superstock and senior races main aims is top 20 placing’s. 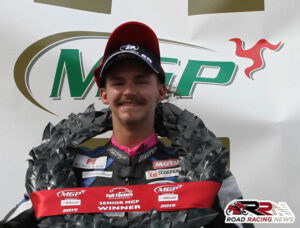 Commentating on his favourite parts of the mountain course, Malachi said:

“I have a few favourite parts of the circuit and it’s hard to point out one in particular. I like the jumps and I like the mountain. It’s easier for me to say my least favourite part which is kerrowmoar!”

Alongside TT 2016 Malachi is also planning to make his North West 200 and Ulster Grand Prix debut’s. He has the undoubted talent to adapt quickly to both the triangle and the fastest road racing circuit in the world, Dundrod.

Further pure road racing action is in the planning, with return to the Southern 100, first time action at classic TT races, and potentially the Macau Grand Prix.

Having stunned with new Manx GP lap record of 122.221 mph, Malachi Mitchell Thomas goes into next year, as one of pure road racing’s most exciting rising stars.

Lots of people believe that it won’t be long, till Malachi stands on the top step of the podium, at the Isle of Man TT.

Looking to action next year on the mountain course, Malachi has stated that he can’t wait to get back riding on the road race circuit, where stars, iconic moments and history is always made.

“I can’t wait to get back riding the mountain course circuit. Just hopefully going into next year I can get over to the island as much as possible and do even more homework going into the TT.”