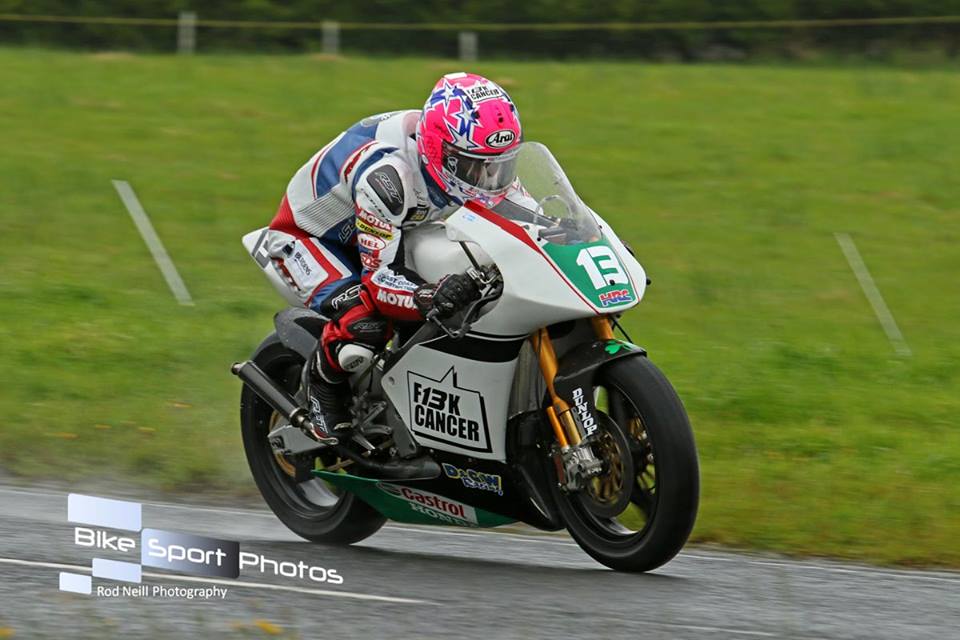 Enduring an incident on the John Chapman backed RS 250 Honda, he sustained a broken collarbone. It’s rotten luck for the 2015 Ulster Grand Prix rider of the meeting award winner.

It’s the second dose of bad luck for Lee this year on the roads, having been involved in a crash at the Spring Cup National Road Races at Oliver’s Mount in April. 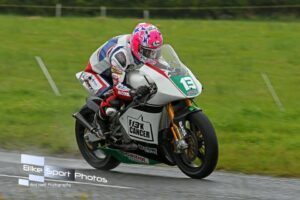 Given what’s happened today, it’s fair to say overall it’s been a tough year at the international road races for General Lee.

Still we all know his proven pace, talent, ability and determination, he’s established himself in recent years as a true world class pure road racing exponent.

With Lee ruled out of the remainder of the 2016 running of the Ulster GP, it is looking a strong possibility that two times TT winner Gary Johnson will step on board the now dormant East Coast Racing BMW and Triumph mounts.

Should this happen it will give Phil Reed’s East Coast Racing outfit, a fighting chance of series of world class results.

Obviously it’s not nice circumstances to be gaining a ride like this, but we all know Gary Johnson’s pace around Dundrod, which over the years has seen him close to many a race win.