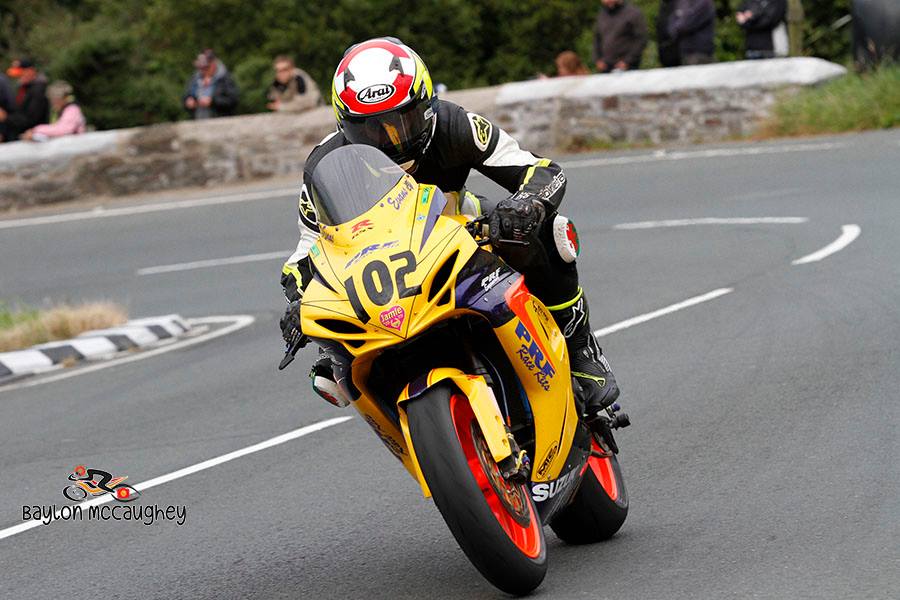 Over the years, Wales has produced some extraordinary road racers, maybe the most famous being the legendary Malcolm Uphill, who became the first rider to lap the Isle of Man TT circuit at over 100 mph on a production bike, and in doing so created the legendary Dunlop TT 100 Tyre!

Barry lee Evans first came to my notice, when he finished 2nd in the 2015 Newcomers ‘A’ race at the Manx Grand Prix, and was in a good dice for 4th spot in the senior, before having to retire.

Last year Barry made his KDM Hire Cookstown 100 debut, and proved his worth by taking second place in the 600 Supersport B race.

Having enjoyed his Cookstown experience, Barry is making a return to the event again this year, and has entered the Supertwins,600 and Open races. 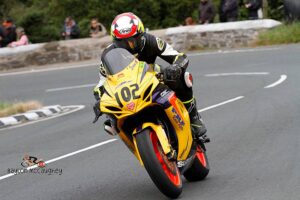 Last year at the Manx Grand Prix, Barry continued to gain valuable experience, taking third in the lightweight class, 4th in the Junior race and second in the Senior!

His speeds go down in history as the fastest Welsh man around the mountain circuit,and also the second quickest rider at the Manx Grand Prix with a speed of 122.334 mph. This year Barry will make his TT debut with PRF Racing.

Like many of our visiting riders, Barry also competes regularly at Scarborough, and last year, Lee Evans took a Classic Superbike race win at the Scarborough gold cup meeting on board a FZR 750 Yamaha, courtesy of fellow welsh road racer, Paul ‘Moz’ Owen.

I think its fair to say, Barry Lee Evans has quickly established himself, within the road racing circle, and is a name to keep in mind for the future! Big Shout out to his personal race sponsors;