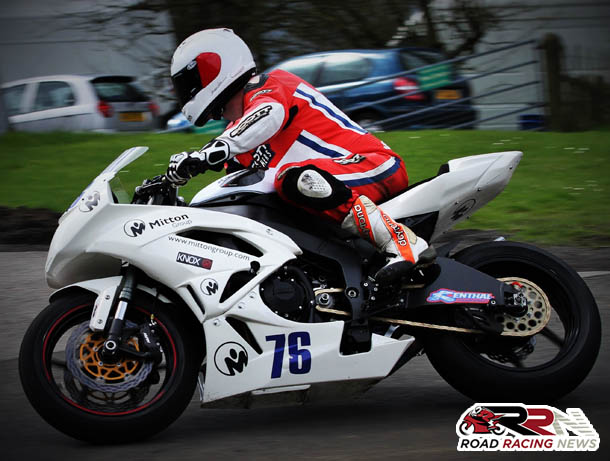 Oliver’s Mount specialist James Hinchliffe, is aiming to be at the sharp end, in the 2016 newcomers A Manx Grand Prix.

Piloting his own teams ZX6R Kawasaki backed by Mitton Group who are the main backers of Bradford City Football Club, James is quietly confident, of been in contention for at least a podium finish.

Holding the number eight plate, he is one of just 41 riders set to take to the Mountain Course for the first time in August.

Having opened his 2016 roads account at the Spring Cup National Road Races, the second roads meet of the year, coming up for James is the Southern 100.

Looking back towards the 2016 Manx Grand Prix, James has the proven pure road racing credentials, to gel quickly with the magical Mountain Course.

Accomplishing a lifetimes ambition, James is hugely looking forward to competing at the Manx, which over the years has brought through many a future TT Races star.