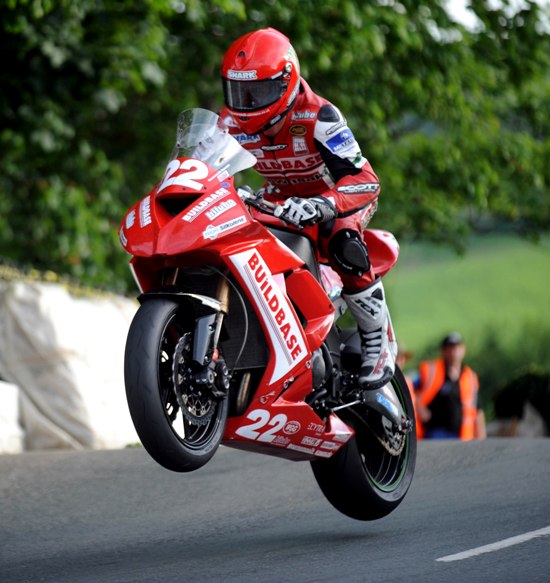 James Hillier’s second TT Races campaign, saw him link up with Buildbase Bournemouth Kawasaki, as he moved into 1000cc action for the first time on the Mountain Course.

Prior to TT 2009, James stated his ambitions for his second two week campaign, on the famous Manx roads, he said:

“I really enjoyed my racing at the TT last year and although it was totally different to anything else I’d done before, I totally loved it. Once I got going, I started to piece the course together and I was delighted with the results I achieved.

I just rode steady and concentrated on learning the course and steadily improving my lap times which was an approach that paid dividends.

Before TT 08 had even finished, I’d decided that I wanted to return and to come back with a great team like Buildbase Bournemouth Kawasaki is brilliant.

Riding in all classes will give me plenty of track time and I want to build on what I learned last year and progress even more.”

Continuing from where he left off at TT 2008, practice week would see him continue his rapid progress around the most famous road race circuit in the world.

Race week kicked off with a solid 18th in the Dainese Superbike race, finishing in the process the leading Kawasaki mounted competitor.

Another 18th place finish followed in the opening Relentless Supersport encounter, whilst the Royal London 360 Superstock race would yield at the time, a new personal best TT result, finishing a very creditable 14th. 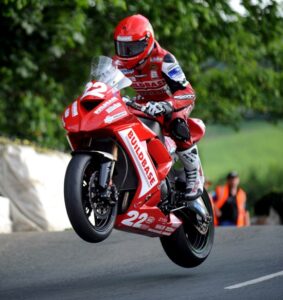 Next up was the second Supersport race, held in damp conditions. James went onto finish 17th, to continue his record of securing at least silver replica finish, in every race he completed thus far, during TT 2009.

A dramatic Senior race, would see his race week conclude in great style. Recording for the first time a top ten finish, he finished an impressive ninth, along the way lapping in excess of 125 mph.

Now established as an accomplished, consistent and dependable TT Races competitor, James stock in the pure road racing world, was growing all the time.

Everyone could tell, the determination, drive and ambition he had to one day make it to the podium, on the Isle of Man.

With this in mind, it was no surprise to see another well known outfit acquire his services, for TT 2010, which where Pete Extrance’s Bournemouth Kawasaki team.