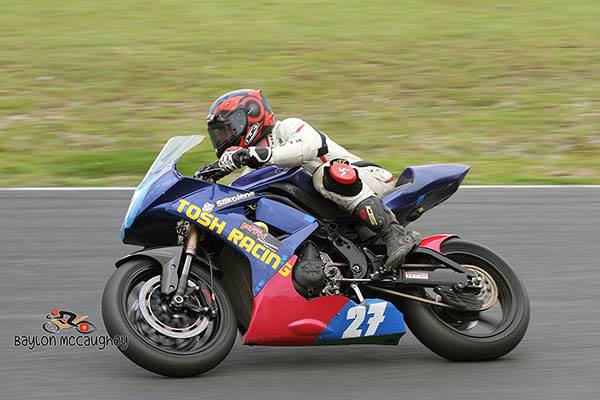 Over the years, the Support classes on the roads have produced many future road race stars. Unknown quantity before they perform on the roads, makes it hard to predict winners, but one lad who could well be within a shout is Castleblaney’s Joseph Loughlin.

Runaway winner of the Irish Super Twins short circuit championships last season, the 24 year old Plumber has been racing since 2007, and the following year was denied the 125 production championship by a petty disqualification, for not using his transponder ( despite winning the race by a country mile!) Since then Joseph has competed in the 600 class, and has scored wins at National level, before taking time out to study.

The lure of racing was too much, and Joseph decided to get a job and get back to racing, and has since competed sporadically at short circuit events and the Ulster GP, where he made his debut in 2014, where he rode his Dad’s 400 Kawasaki.

Loughlin has been watching racing and been interested in bikes all his life, probably because his Dad always watched racing before taking it up in 2003. This year, Both Father and Son will be racing in the Junior Support Irish championship!. 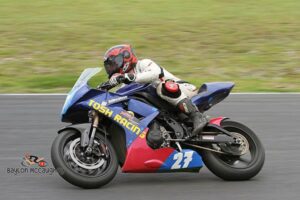 Making his debut at the KDM Hire Cookstown 100, the 2016 Super Twins Irish short circuit champion will be riding thevisorshop.com Yamaha R6 in the Senior Support and the G2-technical services Kawasaki ER6 in the Junior Support races.

“I am really looking forward to this year, racing on a new track every weekend because I always enjoy riding at a new track even though I usually come in complaining after my first practice.

Winning the Supersport 400 and Super Twins Irish championships along with winning production 125 and Supersport 600 races are my career highlights.”

Speaking to Joe earlier in the year, he had this to say; “I would advise everyone with an interest in racing to support their clubs whatever way they can to keep the sport alive which is under a lot of pressure financially.

A simple way to help is join a road racing clubs for ten pounds which I am doing throughout the year.(Joe has joined the Cookstown MCC!).

I hope the KDM Hire Cookstown 100 is a good event, I’m really looking forward to it, and a big Thanks to all my supporters, TheVisorshop.com, G2-Technicial Services, Coleman Tractors, The Big Eazy Wedding Band, Brady Bike Spares, Martin Grimes and Ian Graham.”