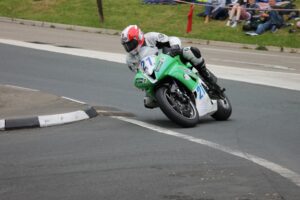 Ian Pattinson and Weardale racing are gearing up for TT 2015. Ian has a fantastic record on the mountain course which includes junior Manx Grand Prix victory from 2005.

Pixie achieved this feat with the Martin Bullock racing team who he competed for in his first four years competing in the Isle of Man TT from 2006 to 2009 before competing in 2010 for Phase one Yamaha. His current personal best TT finish is 8th position from 2007 superstock TT. 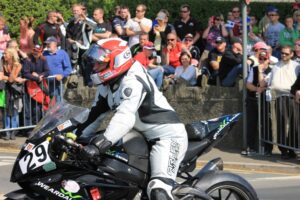 TT 2014 would prove to be a hugely consistent one for Ian and the Weardale racing team. Highly respectable 22nd place finish was recorded in Dainese superbike race whilst opening Monster energy supersport race saw another 22nd place finish achieved.

Second supersport race provided the highly experienced competitor on the mountain course with hugely creditable 16th position following a solid all round performance.

Blue riband race of the week the Pokerstars senior TT rounded off TT 2014 in good fashion for Ian and Weardale racing with 17th position secured. Looking to 2015 both rider and team are greatly looking forward to competing once again at the most famous road race in the world the Isle of Man TT.