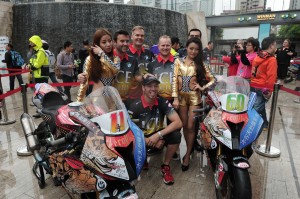 First qualifying session saw the fastest Ulster Grand Prix newcomer in history finish 11th quickest, unfortunately during the session Peter crashed out due to a technical issue. Because of the incident the bike was not repairable in time for second qualifying and for the race. 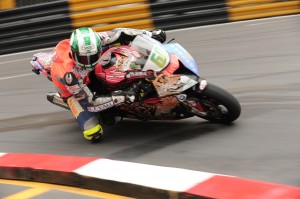 Despite the disappointment of not competing in what was a thoroughly entertaining race Hicky impressed many on his debut at Macau as he proved once again why many are tipping him to soon become an international road race winner.

Having lapped at over 129 mph on his debut on the mountain course becoming the fastest Isle of Man TT newcomer in history the talented rider looks set to compete in 2015 for the second time at the most famous road race in the world. Many people are predicting that Peter has every opportunity of pushing for podium finishes at TT 2015.