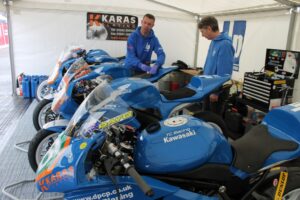 DP Coldplaning/TC racing have achieved over the years many a milestone on the mountain course. Which has included in 2005 running Cameron Donald on his TT debut who has since become a two time Isle of Man TT winner.

Other highlights include David Johnson becoming quickest newcomer at TT 2010 as Davo secured series of highly creditable results which included 16th place finish in senior TT. 2011 saw the team run Mark Miller in both Monster energy supersport races whilst 2012 and 2013 has seen them link up with Jimmy Storrar and AJ Venter. 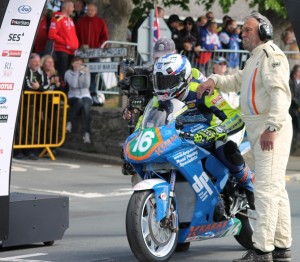 Alex Pickett would go onto record highly respectable 51st and 39th place finishes in Dainese superbike and second Monster energy supersport TT races. Whilst David “Davo” Johnson secured excellent 12th place finish, DP Coldplaning/TCR racing are looking forward to action in 2015 on the mountain course as they plan to have a strong presence at TT 2015 and at the Manx Grand Prix.

This years Manx GP saw them running Eddie Venn on his debut on the most famous road race circuit in the world. Following fantastic fourth position in newcomers B race top 50 finish was achieved in senior race, in 2013 Tuukka Korhonen competing on the teams ER6 Kawasaki enjoyed one of the best performances so far in his road racing career finishing in 11th position in a dramatic super twins race.

One of the most popular teams in the TT paddock DP Coldplaning/TC racing have since 2005 ran a future TT winner, a future fourth place finisher in superstock TT, a future factory backed BMW rider and most recently an exciting up and coming pure road racer in Alex Pickett.