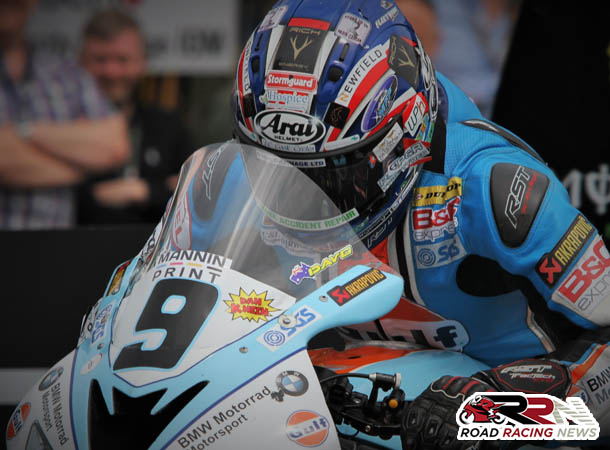 In essence, a next generation Superbike, BMW’s evocative HP4 Race steed will take to the famous roads of Dundrod next week at the MCE Insurance Ulster Grand Prix, as leading Australian International road racer David Johnson pilots the much lauded mount.

Adelaide’s Johnson, who will link up for the first time, with BMW Motorrad UK’s factory backed team, Tyco BMW, has shown on a number of occasions, that he has the undoubted pace to contend for rostrum finishes at the Ulster GP.

Fourth in last years Lisburn & Castlereagh City Council Superstock race, the affable Australian also in 2017 nudged over the 131 mph mark, on route to a top six placing within the Around A Pound Superbike race. 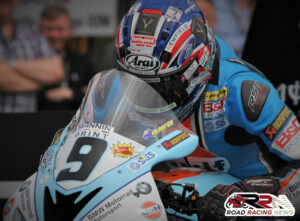 Targeting stepping up a level or two, Johnson who chalked up series of fourth place finishes at TT 2018, aboard the Superbike, Superstock Gulf BMW’s, is confident he can contend next week for podiums against the likes of Peter Hickman, Dean Harrison and Conor Cummins.

If the set up is spot on and everything clicks into place, expect the HP4 Race steed to prove ultra competitive at Dundrod, in particular given it’s large power of 215 BHP.

Pretty much a World Superbike for the road, it wouldn’t at all be a surprise if new Tyco BMW signing Johnson enters on more than one occasion the rostrum finishers circle next week.

This news is undoubtedly as well, a huge coup for Ulster GP organisers, plus only certain to add to the excitement of what are set to be gripping, pulsating, drama filled Superbike races, at an event ultra keen to regain the world’s fastest road race crown.

Manx Motorcycle Club Gearing Up For 2018 Festival Of Motorcycling Extravaganza