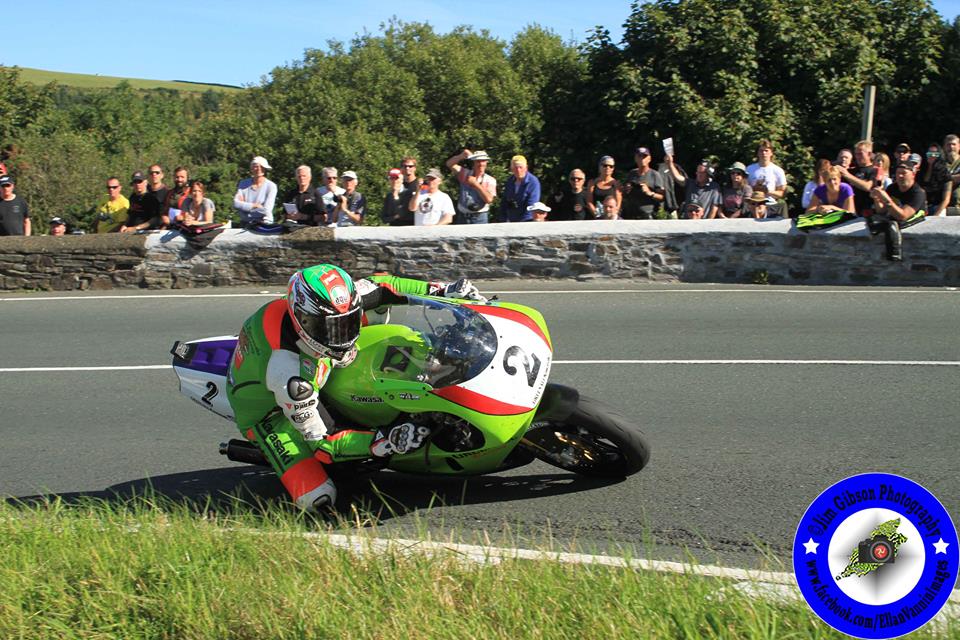 Greenall Racing have this evening issued a statement, which gives their opinion on why James Hillier and Horst Saiger piloting their ZXR 750 Kawasaki’s, where disqualified from the Superbike Classic TT.

The statement is as follows: 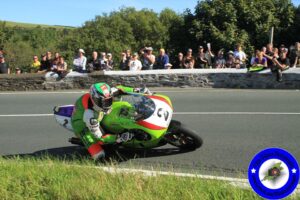 After last years Classic TT, Greenall Racing agreed that we couldn’t compete against the big Suzuki’s and Yamaha’s with our 750’s and made the decision to run with the oversize pistons.

We presumed that the other top teams wanting to be competitive had also gone down this route. As a team, we have always been led to believe that the Classic TT was about ‘putting on a show’ so that was our intention along with trying to win the race, or at least to be competitive.

Naïve (though it may seem now) we never saw it as cheating as it was at the organisers discretion and there is no prize money involved.

Being excluded from the results wasn’t what we were expecting as in previous years, nobody had been stripped and we knew we had put together two of the finest and safest machines in the paddock, but in hindsight, seems pretty obvious that this year, the Manx Motorcycle Club / Scrutineers don’t want the Classic TT and seem to have made a point of this.

I’m sure our riders enjoyed their days racing on well prepared machinery around the mountain circuit. What really disappoints us is the way in which we have been treated post-race.

Greenall Racing has no big money backers, just working lads taking holidays from work to enjoy their hobby, we can only fund one big meeting a year and chose to be part of the ‘Festival of Motorcycling’.

In the 38 years Greenall Racing has been involved in the IOM, we have never been treated with such arrogance and disdain by the Chief Scrutineer.

Following the race, we were asked to strip our engine along with the 1st and 2nd place machines; no problem. They could just have asked the bore and stroke and saved us a few hours..

The bikes that finished 4th, 5th and 6th were also placed at the front of the scrutineering bay to have their tank sizes checked along with those in the top three. All tanks were checked and fuel samples taken apart from Dunlop’s machine; the mechanics took off the tank but was soon replaced unchecked.

The scrutineers then informed us that they needed to check the bore and stroke of both our machine and that of the 2nd machine.

When we asked if Dunlop’s was also being checked, they told us that it had been checked in practice week and the engine had been sealed.

The machine had only been in the scrutineering bay for 10 minutes and the fairing remained intact. We asked the Chief Scrutineer if he could show us the location on the machine where the seal had been placed; his anger was apparent and said that if we ‘didn’t change our attitude, we would be thrown out of the meeting’.

We have also been informed by several sources that Dunlop’s machine was being worked on the previous evening and the engine was seen to be in bits. We challenged the mechanic who promptly disappeared and wasn’t seen again.

In terms of ‘sealing engines’, a newcomer asked if he could have his engine sealed if he was successful in the newcomer race as he would be racing again in the Junior Race, only to be told that they didn’t have the facility to seal engines.

10 minutes or so later, the Chief Scrutineer came and questioned the engine size of other bike and we said ‘same as this one’. He complimented our honesty (never in doubt) and left.

To correct the Bike Sport News:

The report states that the first 3 machines were checked; this is untrue as Dunlop’s bike remained intact throughout the charade. The report goes on to say that the next finisher (following the exclusions) was stripped; this is also untrue.

This was Rutter’s machine which again remained intact throughout the whole charade but was simply moved into 2nd place.

Mistral Racing were also asked to strip the 5th place machine but the team boss refused as Dunlop and Rutter’s machine had remained intact and was duly informed that he had been removed from the results.

After waiting a couple of hours, we eventually found out that we had been disqualified. Certain parties have since been trying to blight our name and felt that we needed to issue a statement of what really happened.

We are sure the spectators in the grandstand and around the course don’t really care about the cc’s, they want to see top riders on top machinery which was our ultimate aim.

For the last 3 years, bikes have not been checked as this is a ‘Festival of Motorcycling’ and it was in the spirit of the meeting to have competitive machinery to ensure that it was not a ‘one man show’.”