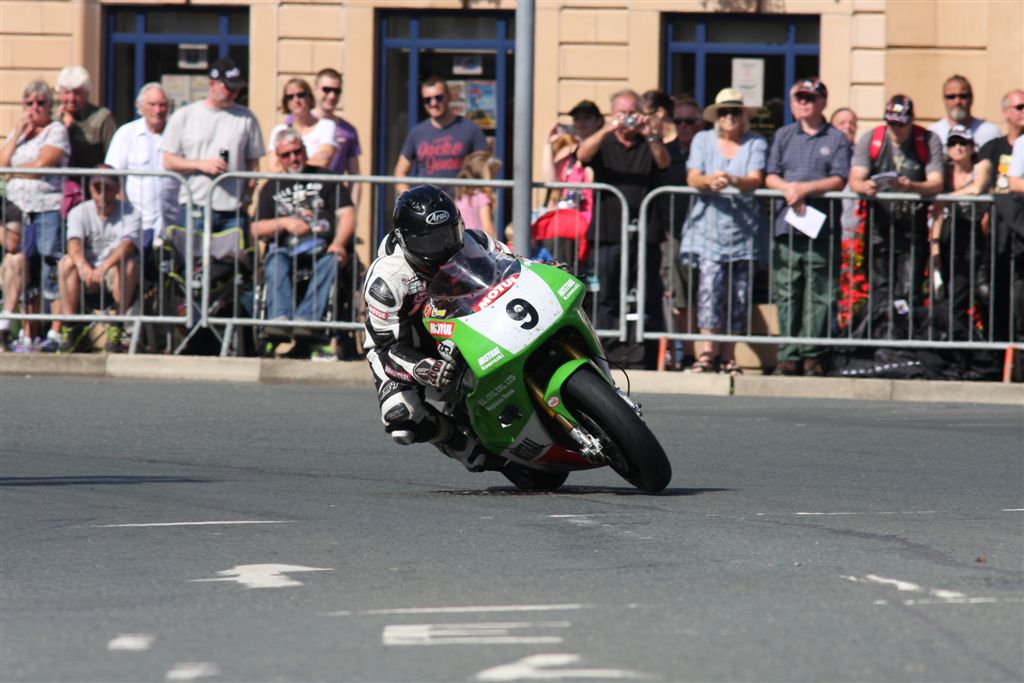 Mistral Racing issued a statement last evening, which gave their view on why Jamie Coward piloting one of their ZXR 750 Kawasaki’s was excluded from his original finish of fifth in the four lap race.

The Mistral Racing statement, is as follows:

“I’d like to thank everybody for their tremendous help this year, sponsors ,riders and mechanics and all the helpers.

Steve Mercer went the extra mile or 1000 to compete this year, a great effort that’s much appreciated. Jamie, Steve and Dan worked hard throughout the week improving the bikes every time out.

In the race Steve’s bike expired at Sulby village, Dan was battling for 3rd with Dean Harrison when a breather hose popped off and unfortunately had to retire, Jamie had a great battle race long finishing a fine 5th. 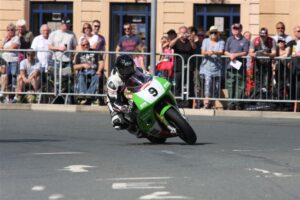 And then the Scrutineering debacle began here’s a summery of what went on in post race scrutineering. We were asked to remove the fuel tank, drain it and take it around to the fuel scrutineers, which we did.

Whilst we were waiting for Rutter’s to be done, Dunlop’s mechanic brought there’s around and put it on the floor by us and left, we then had to fill our tanks, have them measured.

Fuel sample taken then drain it again, in the mean time Dunlop’s mechanic came around picked his tank up and put it back on the bike having no fuel test or volume check done, we saw all of this.

And having seen them for the last two years pour additive in after they’ve been through scrutineering makes you wonder if the scrutineers knew.

Angus (Greenall Racing) was asked to strip his bike, so he asked if Dunlop’s was being done, the reply was no as it had been checked mid week and had been sealed, it was pointed out that the engine had been totally in bits late sunday night and had no seal on it.

The chief scrutineer then said oh, it was cut off as soon as it was placed in the scrutineering bay by a scrutineer and thrown in the bin, they asked if they could show them the bin to which he replied shut your f#ing mouth and mind your own business. We saw the bikes being wheeled in to the bay and no scrutineer went anywhere near it.

When it came to me, I was asked if i’d strip the engine, I said I would gladly but they would have to strip Dunlop’s and Rutter’s also as no one had even run a cursory glance over them in all this time.

He kept repeating this question in an aggressive manner and I gave him the same reply. In the end I said if you don’t strip their’s your not stripping mine, probably the answer he wanted all along with hindsight.

I feel the Manx club has handled this very badly from their abusive natures, deceit with the fuel checks and the so called non existent engine seal that then became a fairy tale one that ended in the bin, you can see why I was not going to go along with this pantomine of theirs.

I feel very sorry for Jamie who had to suffer through no fault of his own, after a great race, but I felt theirs should be stripped the same as everyone else’s.

Hopefully they’ll be some big changes for next year, we don’t need people like that in our sport, it’s hard enough as it is sometimes.”