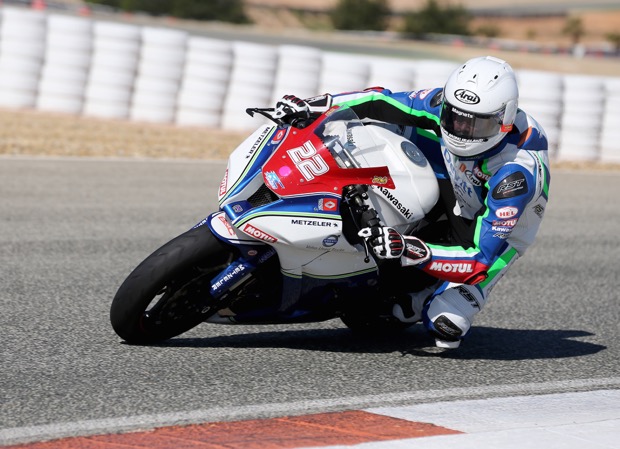 Devitt RC Express Racing enjoyed a productive four days of testing at Cartagena, as they gear up for the start of their 2016 roads campaign, at the Spring Cup National Road Races at Oliver’s Mount.

Rest of the seasons schedule for the team includes returning to the North West 200, Southern 100, the world’s fastest road race the Ulster Grand Prix, plus the prestigious Scarborough Gold Cup.

Main highlight though of the season, is set to be at TT 2016, where amongst multiple targets, is winning the lightweight race for the third year in a row. 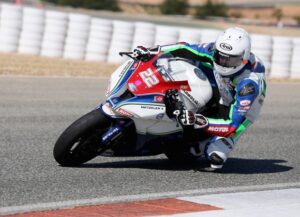 At Cartagena between them Ivan and Alan amassed over 150 laps, on the turquoise blue and white colour schemed ZX6 and ZX10R Kawasaki’s.

“It was really good to get plenty of bike time in the sun over in Spain and I was able to get through a lot of work. I was particularly pleased with the laps and time I got on the Superbike and felt very happy with how it was working and how comfortable I felt so that should stand me in good stead for the year ahead.

The 600 hasn’t changed much since last year and we’ll have a new engine for when the season starts but we made a few suspension changes which were definitely a step in the right direction.

I had a small off on the big bike on the second day but I was soon back up to speed and without a doubt, it was an extremely successful test.”

For Alan Bonner, the test in Spain, marked his first competitive action, with Devitt RC Express Racing, he commented:

“I had a great four days of testing in Spain and I’m loving being part of the Devitt RC Express Racing team!

I got to test a lot of stuff with both the team and Richard from Maxton suspension and I couldn’t be happier with either the team or the bike.

It’s a brilliant set up and I’m now really looking forward to the first race of the year at Scarborough next month.”

“It was a mega test for both the riders and the Devitt RC Express Racing team and we were able to get plenty of work done.

We’re still awaiting a few parts for the 2016 ZX-10R but Ivan was able to carry on from where he left off this time last year and he was straight back into the swing of things.

He had a bit of a tumble when he was pushing hard, particular with the edge grip, but he looked impressive throughout the four days.

He also had a stint on the Superbike and now has an appreciation in the difference between the two machines but we couldn’t have been happier with how it all went.

Both boys were on fire and with a couple more tests planned over the next few weeks, we’re extremely confident of being in a strong position for our first race of the year at Scarborough next month.”