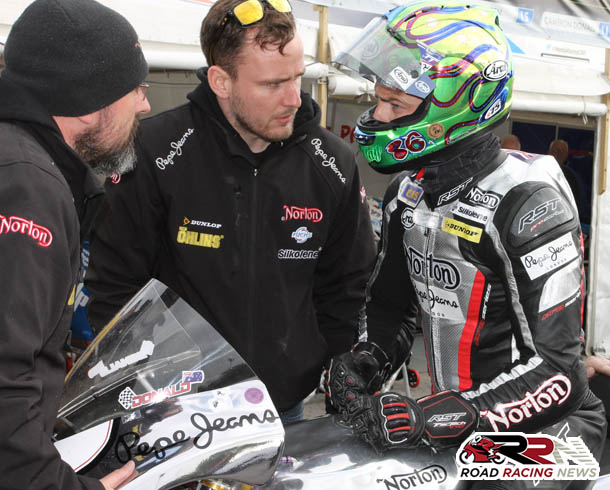 Will Norton break into the top ten at TT 2016? it’s a feat that thousands of pure road racing and TT fans, would love to see.

The reality is though, that it’s going to be extremely tough, for the iconic manufacturer to seal top ten placing’s, in the RST superbike and Pokerstars senior races.

Recently I asked the question on Road Racing News Twitter stream, the question of would Norton top ten during this years TT Races.

From the 147 voters, 73 percent of them where of the opinion that a top ten finish, would be to bigger ask.

27 percent of the voters, are optimistic that the famous Norton brand, can enjoy extremely positive results.

There is no doubt that the team ran by Stuart Garner, have employed two riders of the highest calibre in the form of two time TT winner Cameron Donald and fastest Australian around the Mountain Course, David Johnson.

Cameron and David both have the proven pace and results at the most famous road race in the world. The question is how competitive will the SG4 Norton be, when in comparison to the Honda’s, Kawasaki’s, BMW’s, the YZF R1M Yamaha and independent Suzuki’s.

As in recent years the Norton will be powered by an Aprilia engine, in 2017 Norton are set to move to running their own engine, last time they did this, was back in 2009 when they re appeared at the TT Races in an official capacity.

One of the main improvements Norton will be looking for this year, will be to move to the next level in lap speeds around the Mountain Course. 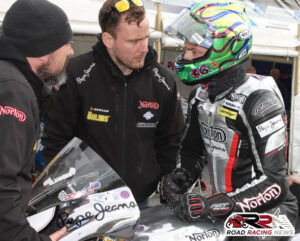 At present the fastest lap by a Norton around the most famous road racing circuit in the world, is 124.681 mph set by Cameron Donald during last years senior TT.

In the modern day era to be in with a good chance of top ten finishes in the superbike and senior races, you have to be lapping at least in excess of 129.5 mph.

With this been the case, in my opinion it’s more realistic for Norton at TT 2016, to aim for top fifteen finishes.

Still it’s great though to see Norton back to running a two rider team at the Isle of Man TT, having previously done this in 2013 when running Ian Mackman and Dan Hegarty.

With just 74 days till TT 2016, what will 2016’s two weeks of TT action bring Norton, much improved performance?, increased lap speeds?, silver replica finishes?, these are just some of multiple questions, that will be answered.