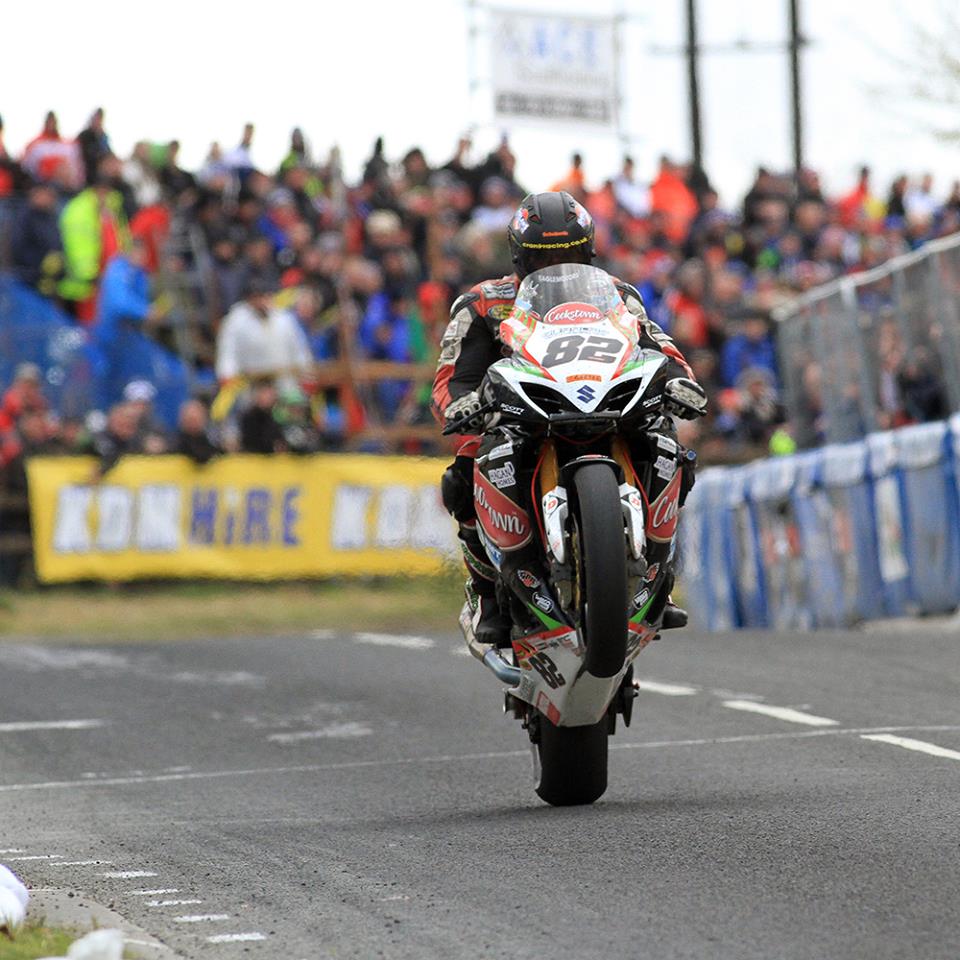 Current Irish road race Superbike champion Derek Sheils, is confirmed to remain with Cookstown BE Racing, for the 2017 roads season.

Having had without a doubt this year, his strongest roads campaign to date, with main highlights including feature race victories at the Mid Antrim 150, Cookstown 100 and Walderstown Road Races.

He goes into 2017, targeting a successful defence of his Irish Superbike crown, plus sustaining a strong presence at the sharp end of the field, in the international meetings. 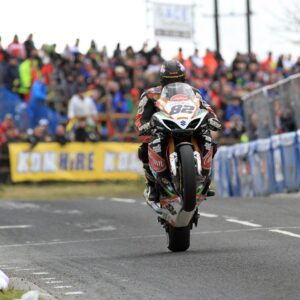 Aiming for top ten finishes at TT 2017, Derek stated that he’s delighted to be remaining with John Burrows, Cookstown BE Racing team, he said:

“I had a great year with Cookstown Burrows Engineering Racing in 2016 and I’m delighted to be staying with the team for another campaign. John Burrows has assembled a great crew who are very professional and keep on top of things, when I go out on track I know I will have a great bike underneath me.

Winning three titles last year was good but the most satisfying thing for me was my improved International performances and my 131 mph lap at the Ulster Grand Prix.

Next year my focus will be on getting near the sharp end in every International race I take part in. At the TT I’m aiming for top ten finishes but with the quality in every race I know that won’t be easy. I know my package will be good enough but sometimes at the TT you need a bit of luck as well.

At home it would be nice to retain the titles I won in 2016 but I will just take each National meeting as it comes. If I win races every weekend then the championships will take care of themselves.”

Cookstown BE Racing, Team Owner John Burrows, added how happy he is to be working with Derek for a second season, he stated:

“I’m extremely happy to announce that Derek Sheils will be the lead rider for Cookstown Burrows Engineering Racing in 2017. I’m delighted to have him back as it gives us continuity that we didn’t always have in the past. We know Derek, he know’s the team and the bikes so we are ready to go already.

Derek will have Superbike, Supersport 600, Superstock and Super Twins machinery at his disposal for the Isle of Man TT, Ulster GP and the Irish Championship meetings.

It has yet to be decided if we will compete at the North West 200. We may field a second rider at certain events if the opportunity arises.

Derek won the Irish and Ulster Superbike titles in 2016 as well as the Irish Super Twins crown and also claimed his first International rostrum when he finished second in the Ulster Grand Prix Super Twins race.

Next year Derek and the team will focus on gaining more International success and we will have a crack at the Irish Superbike, Supersport and Super Twins championships, that would be a difficult hat-trick to achieve but it’s a challenge we are up for.

Derek joined the 130 mph club at Dundrod this year and I’m confident he can rise to the same mark at the TT in 2017. At both International events Cookstown Burrows Engineering Racing will be aiming to be at the top end of the result sheets.

Finally, it’s marvelous to have Cookstown giving us their backing once again. Their continued support has helped us go from strength to strength during the last seven years.

We will also have substantial support from Hagan Homes and NMT Shipping. Thanks to all the team’s supporters without whom our successes would not be possible.”