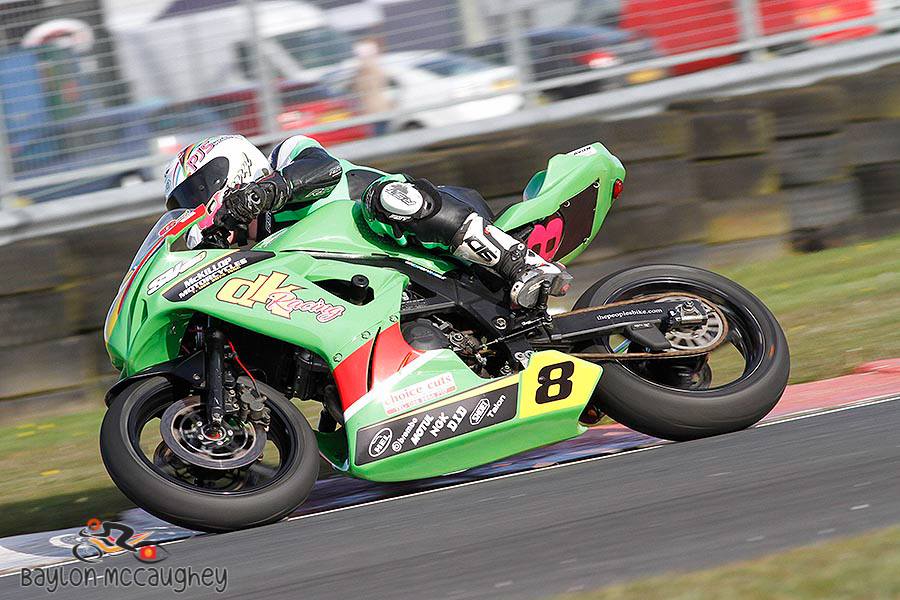 Just over a year ago, Darryl Anderson had dominated the Mini GP class at the Irish Minimoto championships.

He then decided to try his hand at circuit racing, where he made his debut at a wet sunflower meeting, after qualifying in 18th, no one was more surprised,when on return to the paddock, he was ushered to the podium!, where he had just finished 3rd in the stock twins class!

However a repeat performance was soon knocked on the head when things didn’t exactly go to plan for race two, as a crash on the warm up lap, through no fault of his own, saw him suffer a broken arm!

After recovering over the winter, Darryl started his new season afresh, and immediately was mixing with the top three in the stock twin class.

Anderson ended the season with 2nd in the Irish Championship and Third in the Ulster series. 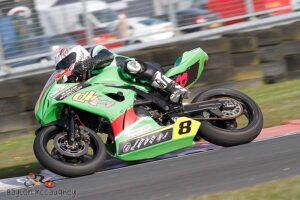 Looking ahead to this year, and when you have friends such as Adam McLean, Barry Davison etc, the idea of going road racing was never too far from Darryl’s mind!

The Garvagh rider isn’t setting any goals, as this will be a completely new challenge for him, and he is under no illusions as to the new challenges that face him.

And in a couple of weeks time, Darryl will make his debut at the KDM Hire Cookstown 100.

“I will just take it as it comes, I’ve been around the Cookstown Track quite a few times, and I have a fair idea as to what to expect, I have watched at Cookstown over the years from different places as well, and this will hopefully help me on race day!” quipped the newcomer.

“Magic Bullet, McKillop Motorcycles, N Mcfarlane Tarmac contractor, WHG Joinery, PJs Professional Decorators, Choice Cuts Garvagh And Avon tyres for their help And of course my Mum and Dad for everything they do and all my friends and the rest of my family for all their help and support.“