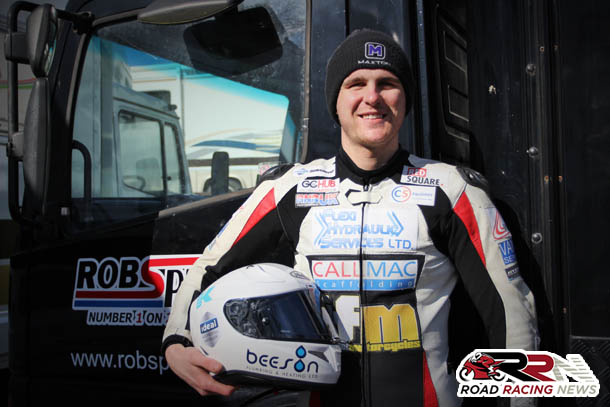 Craig Neve is building up to up his first appearance, at the most famous road race in the world, the Isle of Man TT.

The last two years have seen Craig up his pace gradually around the Mountain Course, at the Manx Grand Prix.

Stand out moments at the Manx have included eighth place finish in the 2014 newcomers A race, lapping in excess of 115 mph and fifth position in last years lightweight race when piloting Chris Mehew Engineering backed Honda.

For TT 2016 he’s set to compete in the superbike, supersport, superstock and senior races, holding across all races, the number 85 plate.

Craig is delighted to have gained an entry for TT 2016, as he emerges on an entry list which features TT legends, rising stars, up and coming pure road racers and many a high profile newcomer. 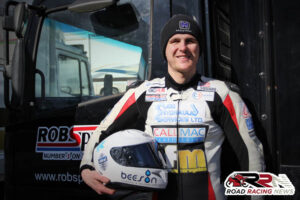 Although he has not competed on a 1000cc machine around the Mountain Course, he does have roads experience on a 1000, having shown good form on his North West 200 debut, when competing on Callmac Flexi Hydraulic backed ZX10R Kawasaki.

In my opinion Craig has all the attributes to become an established highly accomplished regular contender for top draw results, at the Isle of Man TT.

Expect him to be in contention for joining the 120 mph club at TT 2016, as he bids to cause a surprise or two.