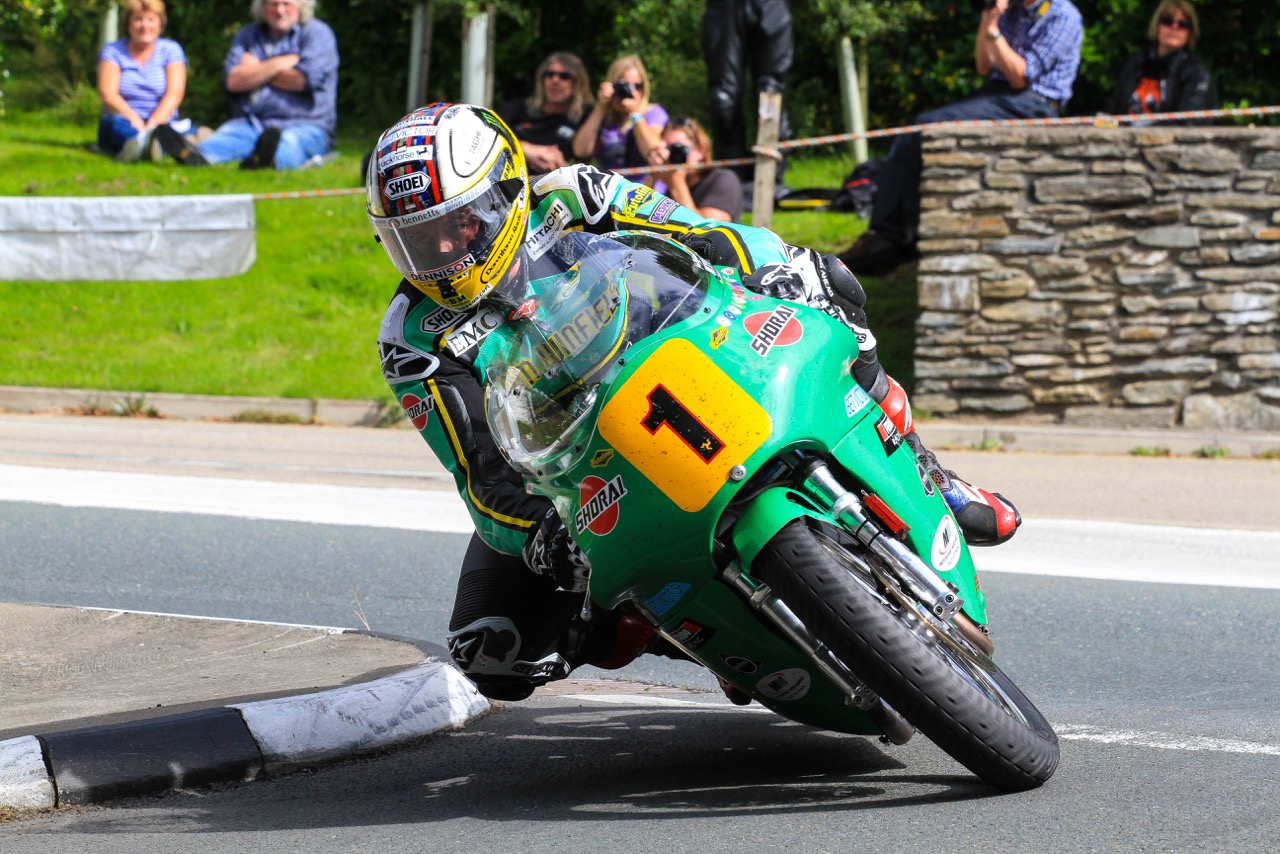 The 2016 Senior Classic TT began with virtually ideal conditions around the Mountain Course for the four lap race, which many predicted would be a race of attrition.

From Glen Helen on the opening lap, the battle for race victory would be between John McGuinness on the Team Winfield 500 Paton and Dean Harrison on the Black Eagle Racing 500 MV Agusta.

At the end of the opening lap, it was Dean Harrison who battled his way to the front of the field, leading John McGuinness by just 0.366 of a second, with both riders under the existing lap record for 500 machinery on the Mountain Course.

Lap two saw the battle for race lead between Harrison and McGuinness intensify. Harrison’s lead out front grew to 0.962 at Glen Helen, was reduced to 0.938 at Ballaugh Bridge, then increased at Ramsey Hairpin to 1.147 seconds.

At the end of lap two, Harrison elected to go into the pits, for his scheduled pit stop, whilst McGuinness now into race lead by five seconds, following a new class lap record of 113.342 mph, went straight through onto his third lap.

This made a significant difference for his advantage at the front, which grew to in excess of 50 seconds following Harrison’s pit stop.

Dean Harrison in second place, was giving it everything in his pursuit of the 23 times TT winner, who’s advantage out front at the end of lap three was 1 minute 03.840 seconds.

After his pit stop McGuinness remained firmly in command in the race, now with a 29 seconds advantage, as he headed onto the fourth and final lap.

Maria Costello MBE who went down onto fourth on lap three with Alan Oversby going straight through onto his third lap, was back up to third with Oversby following his pit stop, now down to fifth behind Jamie Coward on the Ted Woof backed Norton. 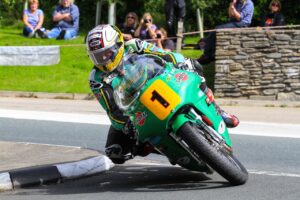 The final lap of the race, would see John McGuinness keep up a solid, consistent pace with the Team Winfield Paton.

Although his lead out front was reduced to under 25 seconds, by Cronk Ny Mona, the seven times Senior TT winner, was within closing distance of claiming his Classic TT success.

He crossed the line to take a popular victory by 21.438 seconds, as he added Senior Classic TT victory, to his already momentous pure road racing record. 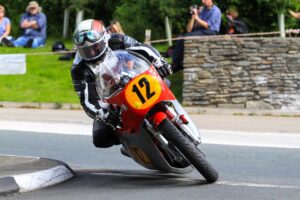 Dean Harrison, second place finisher, was happy with the runner up spot, whilst Maria Costello MBE third, was absolutely delighted to finish on the podium. 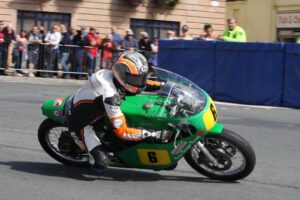