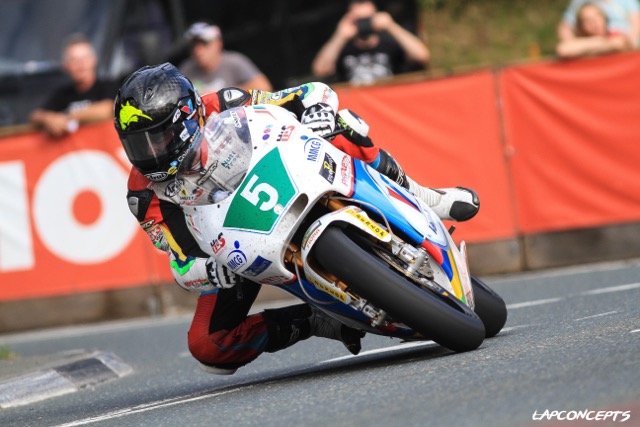 You couldn’t help but feel nostalgic, when a full grid of two stroke machinery took to Glenclutchery Road for the Lightweight Classic TT.

Lap one of arguably the most anticipated race at this year’s Classic TT Races, saw Bruce Anstey move into race lead at Glen Helen, 1.855 seconds in front of Ian Lougher, with Ryan Kneen not far behind in third.

By the next timing point at Ballaugh Bridge, Kneen was a confirmed retirement as was Tom Snow, as Bruce Anstey’s race lead grew to 4.506 seconds.

At Ramsey Hairpin Anstey’s lead was up to in excess of nine seconds, his advantage out front moved up to then 13.571 seconds at the Bungalow, as he was showcasing the form that saw him light up last night’s practice session, on the Valvoline Racing by Padgetts Motorcycles RS250 Honda. 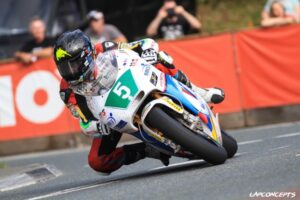 As lap one reached its conclusion Anstey’s lead over Ian Lougher, stood at almost 17 seconds, with an advantage of 16.905 seconds been held by the 11 times TT winner.

Phil Harvey remained in third place, Rhys Hardisty was fourth, Paul Owen was fifth whilst Davy Morgan moved into sixth place, following Dan Kneen been forced out of contention at the Nook.

Lap two would see Anstey get the hammer down on the Valvoline Racing by Padgetts Motorcycles Honda, at Ballaugh Bridge his race was in excess of 30 seconds.

After Ramsey Hairpin, the New Zealander stormed his way over the mountain, to at the end of lap two set a new 250 lap record around the Mountain Course, with a dazzling lap speed of 118.744 mph. 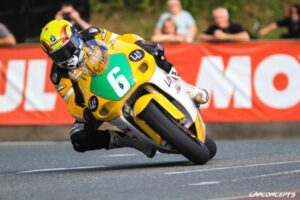 Lap three saw no position changes within the sharp end of the leader board, as Anstey following a top draw pit stop was now over 1 minute clear of Lougher who in turn held a firm advantage over third placed, Phil Harvey.

The high attrition rate of the race continued on lap three with Dave Hewson, Stuart Hall and Kevin Ago Murphy all retiring.

Onto the fourth and final lap of lap record breaking race and Bruce Anstey was in total control out front, 1 minute 09.346 seconds clear at Glen Helen and then by a similar margin at Ballaugh Bridge.

Although his lead was reduced ever so slightly, it made no real difference to the final outcome of the race as Bruce Anstey powered his way Lightweight Classic TT victory.

It’s Bruce’s second victory at the Classic TT Races, having been victorious in the Formula 1 encounter from 2014.
Ian Lougher who claimed the runner up’s spot, was happy enough with second on the Laylaw Racing Yamaha. 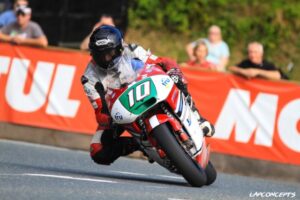 Phil Harvey wrapped up the podium finishers, with a brilliant third place finish, his first podium finish on the Mountain Course since finishing second in the 2011 Super Twins Manx Grand Prix. 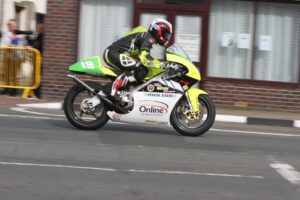 Lightweight Classic TT success, is another significant feat in his first class career on the roads. Will he add Superbike Classic TT victory to his stellar Mountain Course record, on Monday? It would not surprise anyone.