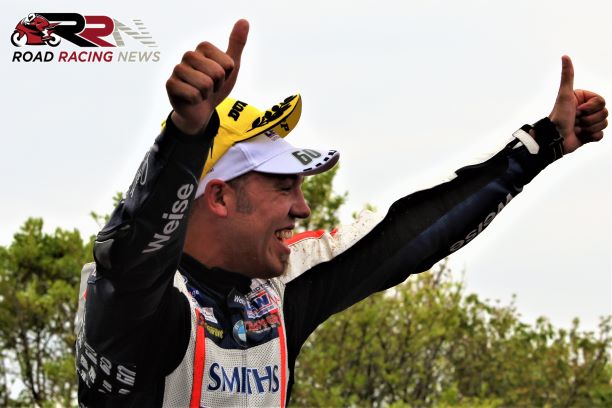 Battling throughout for premier race honours with reigning champion Scott Moir, 2017 TT Privateers champion Horst Saiger, the tenth and final lap saw Hickman aboard the Carl Cox Motorsport BMW make a decisive final corner move to jump into 1st at the right time, which he maintained to the chequered flag. 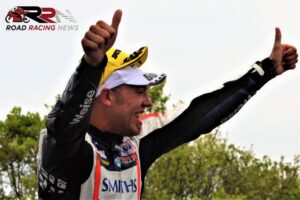 “The sign of a good day is rubber under the seat from a winning burnout! After finishing P8 in race 1, we managed a podium in the last corner of race 2!

Then for the Robert Holden Memorial trophy race we snatched the win on the final corner, thanks everyone at Carl Cox Motorsport and Smiths Racing, finishing with a win at Cemetery Circuit was the icing on the cake. One of only 3 people to win as a newcomer since it started in 1951.”

Outside of the podium finishers, remaining places within the top 10 of one of the best Superbike races to grace the famous Cemetery Circuit in recent times, were clinched respectively by Daniel Mettam, Adam Chambers, Jay Lawrence, David Hall, Toby Summers, Livio Zampieri and Damon Rees.

In total 16 racers completed the ten lap race, which will be remembered for many, many years to come in New Zealand and worldwide.