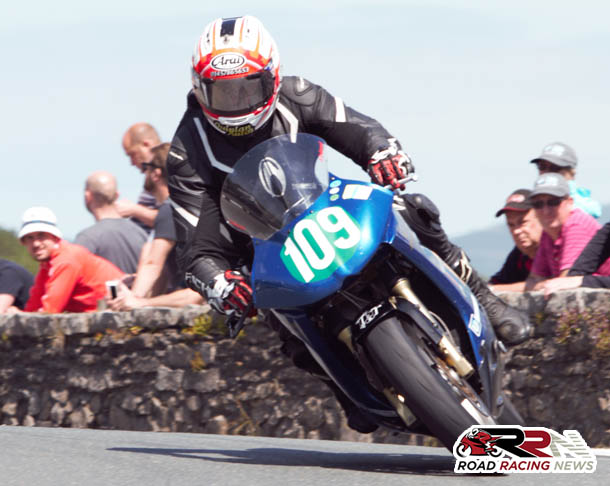 Anthony Redmond was happy with his 2015 pure road racing season. Main highlights of the season for the seventh place finisher in 2014 lightweight Manx Grand Prix, have included competing for the first time, at the Isle of Man TT.

Stand out moments from TT 2015 would include lapping close to 120 mph, top 30 finish in lightweight TT.

Anthony said about his experience of competing at TT Races:

“After 8 years at the Manx I was living the dream to compete at the TT and loved the 1000cc bike there – we had fuelling problems due to the bigger TT petrol tank blocking the filter and limiting the top end of the bike.

We managed 2 x 119.6mph laps in the senior but without the fuel problems I think we can up that time easy next year I used my Uncle Alan’s 650 for the lightweight and managed 27th overall gaining a bronze rep-it took me a few weeks to come down from the buzz of TT but next year we will concentrate on going quicker!” 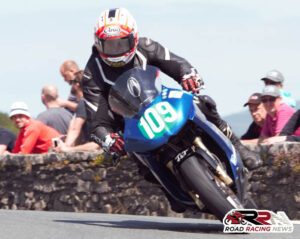 Next pure road race action on the Isle of Man, was at the Classic TT Races, which would see 29th place finish sealed in formula 1 race, on Steve Jackson backed Kawasaki, as Anthony finished first air cooled privateer.

“Classic TT went well on the Steve Jackson Harris kawasaki 1000 gaining first air cooled privateer in the F1 race – I now feel spoilt racing at two events around the mountain in one year.”

Anthony thanks his friend Borris, Green Ant Racing, his uncle Alan, Steve Jackson for all their help this year.

“My friend Borris (two r’s) prepped the bikes all season which was a massive help from me doing it all and with his help we have learned a lot which will help greatly towards season – massive thanks to Green Ant Racing for the Gsxr , uncle Alan for the 650, Steve Jackson for the Harris 1000 and Borris who has promised his time for next year!” 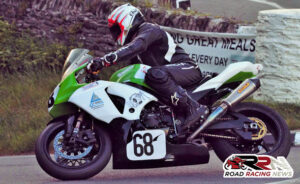 Looking to next year Anthony is planning to compete for the second time, at TT Races, as he bids to lap in excess of 120 mph, alongside aiming for series of top class results.