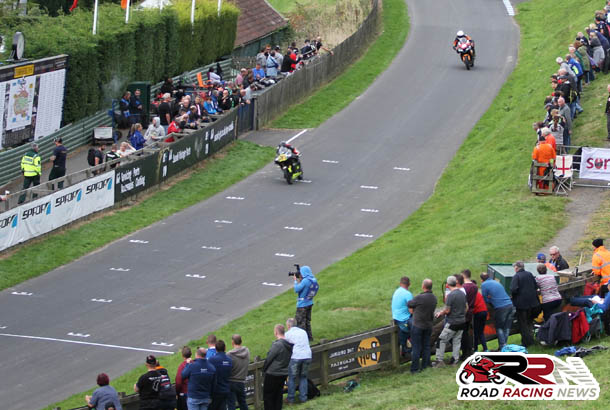 One of the most unique machines in action during the 66th Scarborough Gold Cup, was the Smith Bros 690 KTM, piloted by Jay Bellers Smith.

The Aberdare Park specialist, competing for the third time at the blue riband Oliver’s Mount meeting, was quickly up to speed on the KTM, mixing with many of the all conquering ER6 Kawasaki’s in Super Twins practice and qualifying sessions.

First leg of the Lee Pullan Trophy Super Twin races, saw Jay finish a highly creditable seventh, as he finished in front of many an accomplished Scarborough exponent. 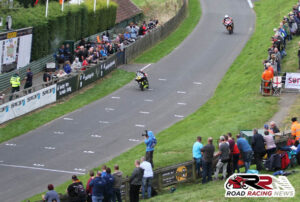 Despite the handicap of been down on break horsepower in the opening Solo open B race, the Welshman produced a tenacious and first class performance to finish a fine fifth.

Added highlights for the sole KTM mounted rider at the mount, where ninth position in the second Super Twins race, plus 16th place finish in the prestigious Steve Henshaw International Gold Cup.

It’s great to see the famous KTM name back in action at Scarborough. The Austrian’s manufacturers most memorable roads feats in the 2010’s thus far, include James Edmeades lapping in excess of 120 mph at TT 2010, when competing under the Redline Motorcycles KTM banner.

Jay Bellers Smith’s feats at this years Scarborough Gold Cup, are proof that if KTM developed a machine built to TT regulations, they could enjoy top class results a plenty in the Lightweight class, at the most famous road race in the world, the Isle of Man TT.