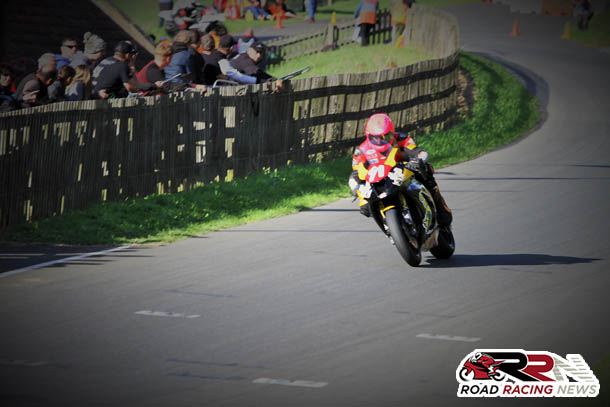 Davy Morgan had a quite prodigious 2016 Scarborough Gold Cup, as he wrapped up a hat trick of victories, at the meeting which celebrated 70 years of competition at Oliver’s Mount.

Having not qualified for the David Jefferies Cup Junior A and Solo open A races, he went into race action determined to secure top quality results.

This win was backed up by victories in the Solo Open B races, as he showcased his proven roads class on the Angry Bee backed ZX10R Kawasaki. 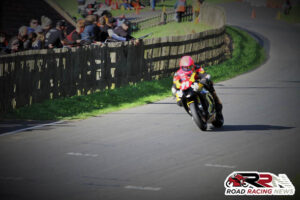 Reflecting on a successful meeting at Scarborough, Davy said via his Facebook page:

“It was nice to get a hat-trick of wins, but I would have preferred to be in the A Finals. Things just went against us in qualifying with me taking a while to get going on Saturday morning and then not getting a clear run on the Kawasaki and the mechanical issue with the Yamaha.

My times did improve quite a bit in the races, which is the norm no matter where I am competing.

I again want to thank Angry Bee and Magic Bullet for supplying me with the two bikes both this weekend and throughout the year, hopefully we can continue our association in 2017. Thanks to Tommy for driving to Scarborough and Jamie, Maurice, Tim and Sally for all their help during racing.

That’s my season here at home over, but I am hoping to get an invite back to Macau in November, but we will have to wait and see.

Thanks to all my personal and trade sponsors for their invaluable support, it’s been a blast and although I am one of the more experienced riders on track, I am still competitive and enjoying myself so I intend racing again and hope you will all continue to support DM71 ROAD Racing in 2017.”