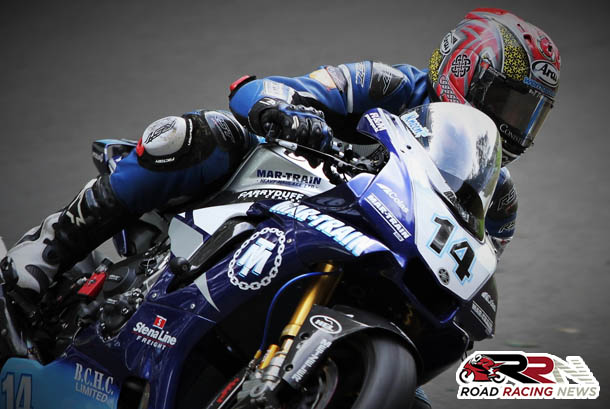 Dan Kneen continued his rapid progress around Oliver’s Mount, at the 66th Scarborough Gold Cup, as he concluded his 2016 roads season, with series of top three finishes.

Having been near the sharp end in the practice and qualifying sessions, the opening race action of the meeting celebrating 70 years of pure road racing action at Scarborough, was in the opening David Jefferies Cup Junior A race. 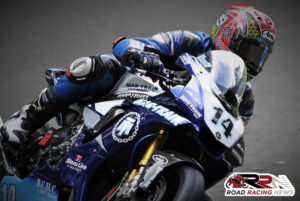 Having been a non starter in the opening Solo open A race, the first Senior race of the meeting, would prove ultimately a frustrating one, having been in a constant battle for second with Ivan Lintin, he encountered reliability problems at the end of lap five, forcing him out of contention.

The second of competition at the 66th Scarborough Gold Cup, began with Dan enduring the misfortune of been involved in an incident of the second leg of the David Jefferies Cup Junior A races.

Feature race of the meet, the Steve Henshaw International Gold Cup, would see the 2014 Irish road race Superbike champion battle his way through to third, as he took his tally of international road race podium finishes with Mar Train Racing to 2. 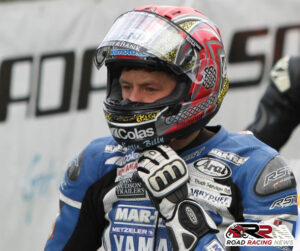 Speaking about his weekends action at Oliver’s Mount, Dan said:

“I would have liked to have done a little better really but we have to be happy with podiums on my second time there.

Unfortunately we weren’t allowed out in one of the races which was valuable track time I could have done with but the guys in front of me are there all the time so I was always going to be playing catch up.

I couldn’t get past Daley in the big race, the track is really tight so it was hard to make a clean move. By the time I eventually did Ivan was too far up the road to do anything about second place but third wasn’t a bad result.

I’d just like to say a massive thank you to all the guys in the team for all of their hard work as always.”

“To be fair to Dan he rode well this weekend, he has very limited experience at Scarborough so to get two podiums is no mean feat.

We had our fair share of misfortune too to be fair with the brake issue on Saturday and getting caught up in another crash in the second Supersport race but all in all a decent weekend.

The team worked well and the bikes ran superbly, we’ve done eight race meetings with Dan this year and he has stood on the podium at all bar one which is not to be overlooked. Big thank you to all the guys for another good weekend’s work.”