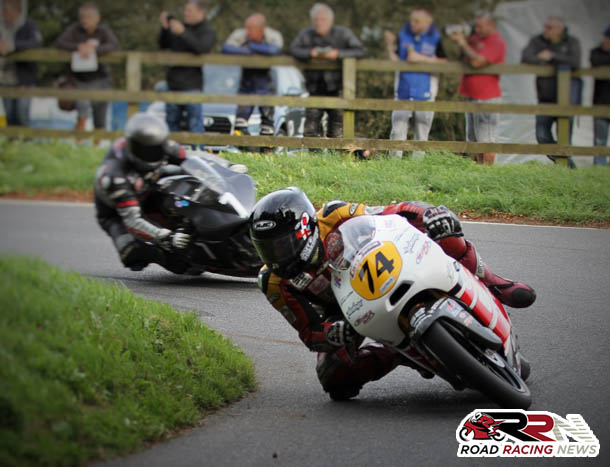 Joe Thompson became the newest winner of the Stu Reed Trophy, at the 66th Scarborough Gold Cup, as he continued his rapid progression around Oliver’s Mount.

Competing under the Repli-Cast UK Racing banner, the opening Ultra Lightweight race saw Joe edged out for race victory on the line, by none other than the most successful rider in Oliver’s Mount history, Ian Lougher.

The second Ultra Lightweight encounter, would see Joe victorious, as he powered his Moto 3 Honda mount to the front. 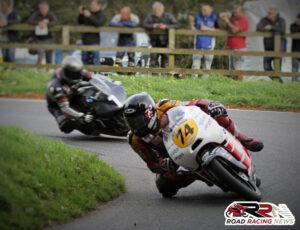 This result made him the overall winner of the Stu Reed Trophy, a great achievement for a rider who is still a relative newcomer to pure road racing.

His final action of the 66th Scarborough Gold Cup, saw him record another race win, this time in the second Lightweight race, when competing on TZ 250 Yamaha machinery.

Commenting on his Facebook page, a delighted Joe stated about his successes at the Gold Cup:

“We had a great weekend at Oliver’s Mount for the Gold Cup. We showed a lot of progress and made some really good racing!

We won both races on Sunday on the Repli-Cast Moto 3 and on the TZ 250. The bike was amazing and never missed a beat all weekend and can’t thank all at Repli-Cast UK for the fast bike and great teamwork.

Also a big thanks to my Dad and all my personal sponsors for making this happen! Thank you to all the fans and supporters that came to congratulate me, I appreciate all your support! BIG THINGS COMING.”