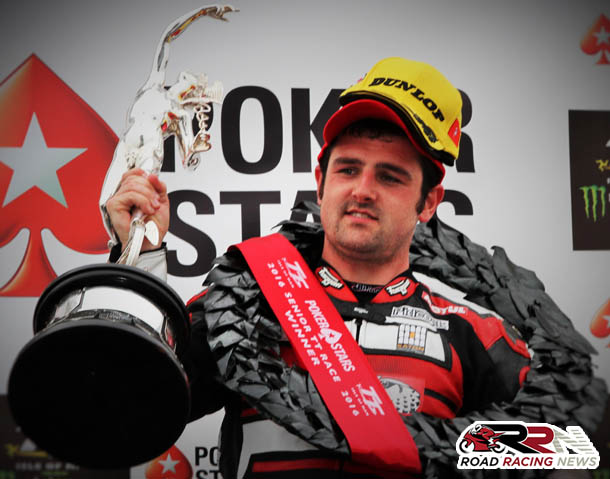 Since the Classic TT Races began in 2013, Michael has enjoyed great success at the meeting, which brings multiple machines to the legendary Mountain Course.

In 2013 he sealed a dominant formula 1 race victory, reliability issues struck the following year, 2015 saw him back to winning ways in the formula 1 class, as he made it two wins in three years for Team Classic Suzuki.

The 13 times TT winner is confirmed to compete again for Steve Wheatman’s outfit, on a XR69 Suzuki, in the newly named Superbike Classic TT.

Looking back towards the Junior Classic TT, it’s an exciting prospect in store for all pure road racing fans, the combination of Michael and a 350 MV Agusta.

Over the years the famous MV Agusta name has seen multiple stars compete on the great sounding hugely popular bikes around the Mountain Course.

Although not regarded by many as specialist on classic machinery, we all know the determination, the drive, the desire, the sheer will to win that Michael Dunlop has, 2016 Junior Classic TT winner? never rule out the rider who proves the impossible is possible.