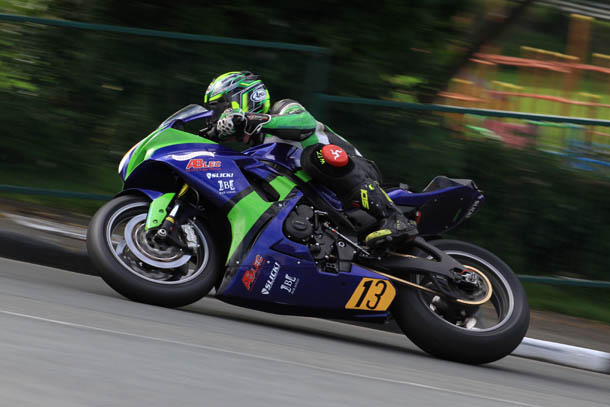 With under 60 days to go till the 2016 Manx Grand Prix, multiple riders have been announcing on Facebook/Twitter their start numbers, for this years running of the world famous iconic meeting.

Andy Farrell, B&W Racing CBR 600 Honda, is set to lead away both the junior and senior races, plus the Skerries based rider, holds the number one plate as well for the super twins race, which sees him pilot Ollies Bar backed ER6 Kawasaki.

Holding the number three plate for the junior, super twin and senior races is Andy Dudgeon, who was amongst the stars of last year’s Manx GP.

Tom Weeden tipped by many to be in contention for race victories, carries the number four plate on his own teams 675 Daytona Triumph for the junior and senior encounters.

James Cowton Battles Through The Pain Barrier At Oliver’s Mount