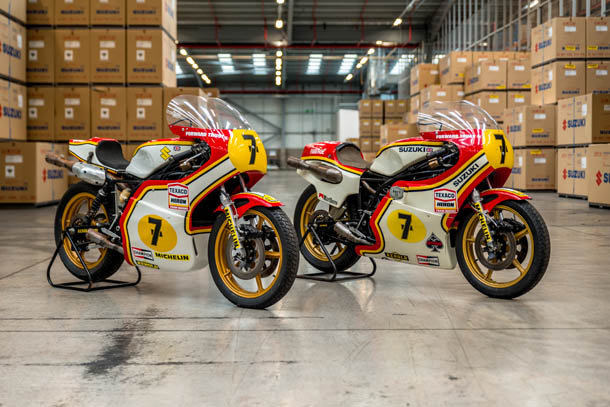 Quintessential, iconic, legendary Suzuki machinery will grace this July’s Barry Sheene Classic, including the XR14 Suzuki’s that propelled Barry Sheene to back to back Moto GP World Championship successes in 1976 and 1977.

Alongside the bikes previously piloted by the four times Gold Cup winner, additional exotic Suzuki’s Scarborough bound include the XR45 mount from the 1984 Moto GP season, a former Classic TT winning steed and the RG500 Suzuki rode by Danny Webb for recently announced TT Races debutants Team Classic Suzuki at the Classic in 2018.

There also set to be in attendance on Scarborough shores this summer various Suzuki Vintage Parts programme affiliated steeds and up to the present day production based machines. 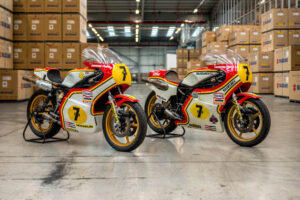 “The annual Sheene festival at Oliver’s Mount is always a good event, but this year it feels like it’s going to be a real celebration of arguably this nation’s greatest ever racer.

I don’t think there’s ever been a greater assembly of bikes raced by Barry in one place, and it’s going to be great to not only see so many on display, but so many paraded around a circuit that he enjoyed racing at. I, personally, am really looking forward to it.”