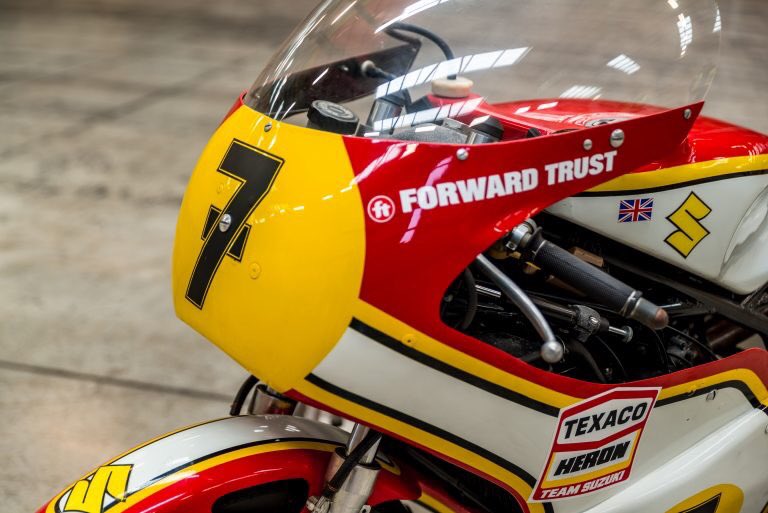 The machine which Barry Sheene took to Moto GP World Championship glory in 1976, the XR14 Suzuki, is all set to grace the road race festival named in his honour at Oliver’s Mount in July.

Fittingly the bike will be rode at Scarborough, by Barry’s son Freddie, whilst his 1977 championship winning Suzuki will also be in attendance, piloted by former team mate, Steve Parrish.

Both bikes have been restored by ex works Suzuki mechanics Martyn Orgborne and Nigel Everett. 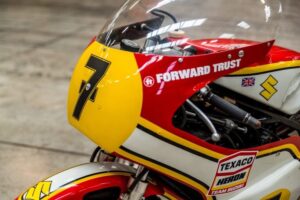 Speaking about what is an extremely exciting announcement for Oliver’s Mount, Scott Beaumont stated:

“To say we are excited about seeing Barry Sheene’s world championship winning bike riding around Oliver’s Mount again is an understatement.

Then the fact that his son Freddie will be riding it simply gives us goosebumps. This is an incredible opportunity to see this bike ridden in the UK for probably the final time.

We simply cannot wait for the festival to get underway, and we hope to see all fans of Sheene, Suzuki, Classic Bikes and riding legends attending. See you all trackside for what is likely to be a once in a lifetime event.”

It’s been really special to be involved in the restoration of such an iconic machine, with the help of the Sheene family. It was great to watch it come together, and it’ll be even more special to see Freddie ride it at a circuit that Barry loved and enjoyed much success at.”

Commenting, on what will be a special moment for him at Scarborough, Freddie Sheene added:

“I’m really looking forward to the Oliver’s Mount event, not only for the usual atmosphere but for the fact that the public will be able to see the ‘76 and ‘77 world championship-winning bikes back where they belong.

Those bikes laid dormant for the past 40 years and it’s a special moment for everyone to be a part of. The whole process of bringing the bikes back to life wouldn’t have been possible without the help from Suzuki GB and most importantly Martyn Ogborne and Nigel Everett; they have put over 600 hours between them to make this happen.

I’m looking forward to seeing everyone over the weekend; let’s just hope the weather stays in check.”