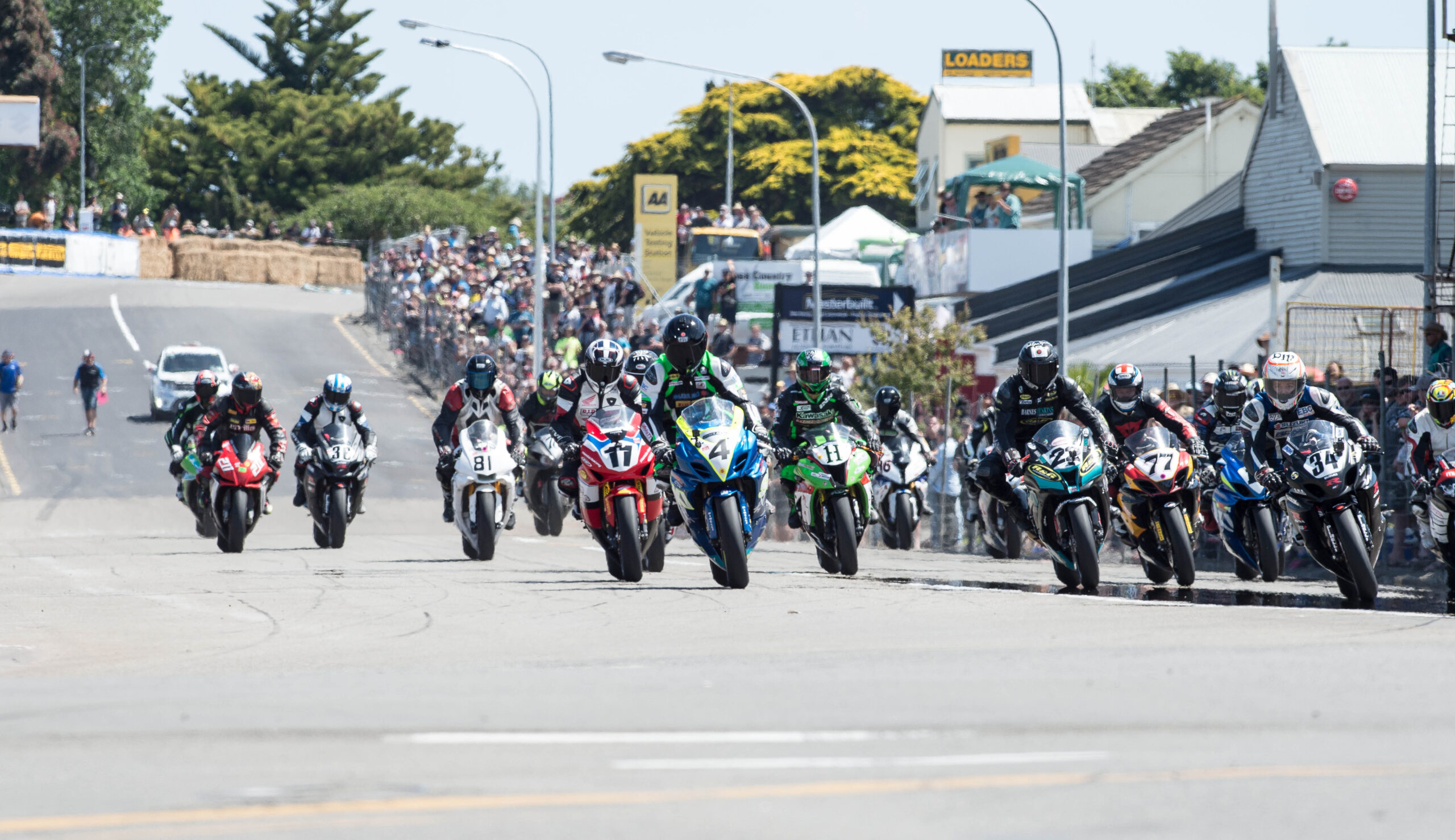 Tony Rees underlined his status as a legend around the Cemetery Circuit, with back to back Superbike victories, which propelled him to overall Suzuki Tri Series victory.

A truly great achievement, for the 49 year old, who for over 25 years and more, has been amongst New Zealand’s leading pure road racers.

Leading the challenge to the seven times feature race winner at Wanganui, in the opening Superbike race, was fifth place finisher in the 50th Macau Motorcycle GP Horst Saiger.

Rees and Moir where covered by just over half a second, at the end of the eighth and final lap, as Sloan Frost battled his way to third place, in front of Mettam, Summers and Saiger.

TT Races lap record holder Michael Dunlop competing under the Suzuki New Zealand banner, was a non finisher in both of the eight lap races. 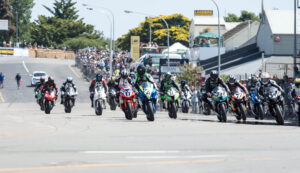 As anticipated the Supersport races at Wanganui, proved close and hard fought.

Such was the pace of the leading trio, David Hall was almost eight seconds back in fourth place, as Sam Willacy and Nathanael Diprose finalised the top six.

It was all change between the leading contenders, in Supersport race two, with Jay Lawrence powering his way to victory, on his GSX-R 600 Suzuki mount.