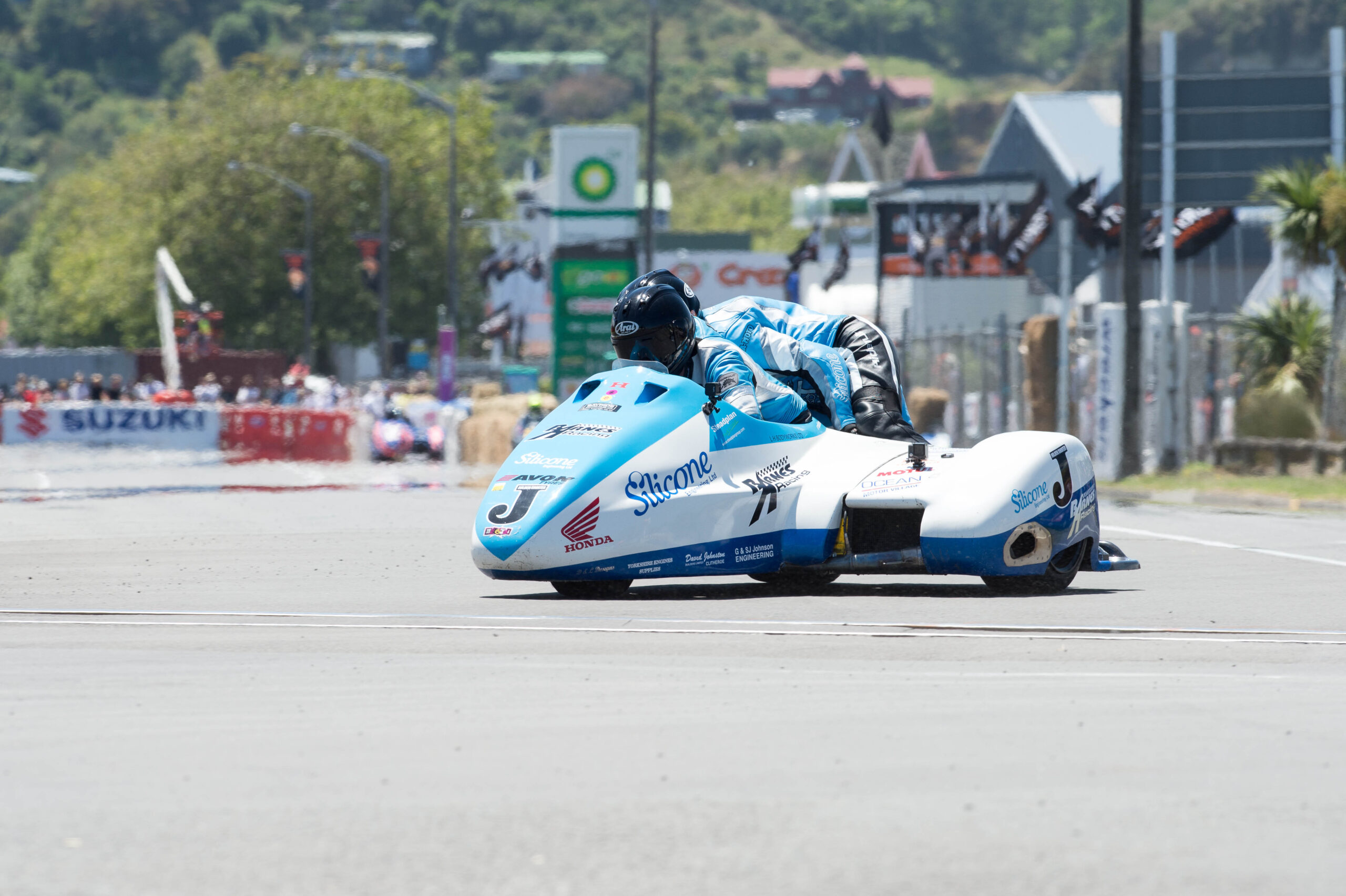 Joined by Robbie Shorter in the Silicone Engineering Racing/Barnes Racing backed Honda powered outfit, he was quickly up to speed around the Cemetery Circuit.

Qualifying on pole for both F1 Sidecar encounters, the opening Sidecar race of the day, at New Zealand’s premier roads meet, saw him finish in second place, 1.364 behind race winners Adam Unsworth/Stu Dawe.

F1 Sidecar race 2, would see another second place finish wrapped up. Although there was no race wins, John’s results at Wanganui, where enough to provide him, with overall Suzuki Tri Series championship victory. 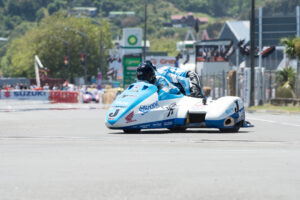 It’s great to see racers of John’s calibre competing in the Sidecar races, on the Cemetery Circuit, it adds a true world class addition to the competition at the meeting dubbed the Southern Hemisphere’s Isle of Man.

With 2017 just around the corner, a new challenge awaits John Holden, for his roads challenge.

Joined for the first time by Manxman Lee Cain, the new driver/passenger combination begins it’s 2017 roads campaign, at the most famous and important event of them all, the TT Races.

Wanganui – Results Round Up