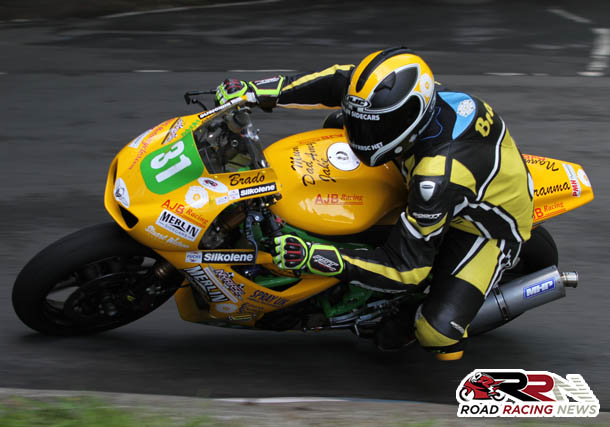 Delighted with his progress throughout 2017, without a doubt this years roads season has proved Brad Vicars most tumultuous to date.

Looking back on the York based riders prodigious real roads campaign, on home soil at Oliver’s Mount he recorded various high quality results including second and third place finishes in the Super Twin races at the Barry Sheene Road Race Festival.

An abundance of solid results were banked in Northern Ireland at the popular Cookstown 100 and Armoy meetings, whilst the Southern 100 would additionally provide many positive moments.

Which included a very creditable eighth place finish within the opening Super Twins encounter, as Brad continued to showcase his rising ability aboard 650cc machinery. 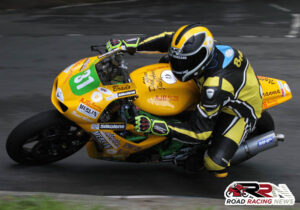 Back on the Isle of Man in August for his maiden Mountain Course campaign at the Manx Grand Prix, the Yorkshireman’s first two week venture around the most famous road racing circuit in the world, went like a dream.

Following a productive practice week, the re started Newcomers A race saw him produce no question about it the best performance of his pure road racing career to date.

Setting a new race lap record from a standing start of 118.786 mph, he moved steadily away from nearest pursuer Darryl Tweed to ultimately go onto record a deserved race victory. 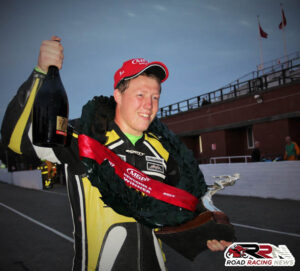 This makes him overall combined with the TT newcomers, the second fastest Mountain Course debutant of 2017.

Now on the road to recovery ahead of next season, he’s showcased to everyone this year why he is regarded amongst Yorkshire’s fastest up and coming roads exponents.

An ambitious rider, he has the potential to in years to come be a regular contender for rostrum’s at the meets which all road racers want to be at their peak at, the premier international events.