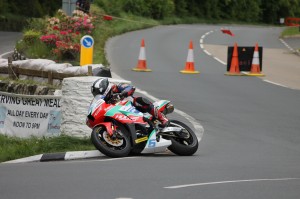 Michael Dunlop as always will be aiming for more wins around Dundrod when competing on his own teams CBR 600 Honda. But the eleven time TT winner hasn’t had the best results in supersport races at Southern 100 and Armoy road races however you cannot discount Micky D from taking top step of the podium in both races. 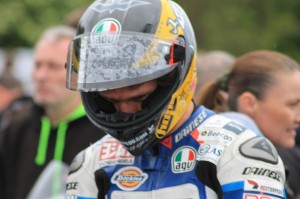 Tyco Suzuki by TAS’s Guy Martin and William Dunlop have both won recently at Armoy road races on the teams GSX-R 600 Suzuki’s and are both happy with how the bikes are performing.

William has an excellent record at international road races over the last four years in supersport class, more wins are definitely on the cards at the UGP.

Lee Johnston is confident of battling for podium finishes in supersport races on East Coast racing CBR 600 Honda. TT 2013 privateers champion Lee has being in good form this season as has James Cowton. 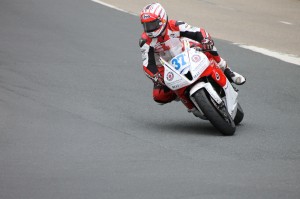 James is one of the fastest rising stars in road racing and the rider currently third in Duke road race rankings championship is confident of challenging for top results at UGP where he is making his debut on his own teams CBR 600 Honda. 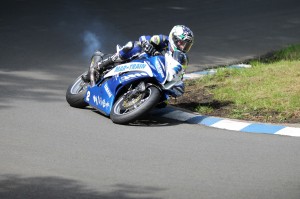 Dean Harrison has dazzled on Mar Train racing R6 Yamaha this season securing wins at Southern 100 and cock of the north road races whilst also acquiring fourth place finishes in both supersport races at TT 2014.

Bruce Anstey will be as formidable as ever in supersport races as the Ulster Grand Prix lap record holder chases more success at a road race which he loves competing at. 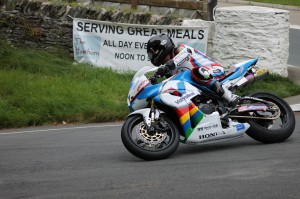 2014 has already being memorable for Bruce having broke the TT lap record with a stunning lap speed of 132.298 mph set in superbike TT.

Steve Mercer returns to UGP for first time since 2011 and has shown good form at North West 200 and Isle of Man TT in supersport races. Team traction control rider Steve has the potential to secure top six finishes in both supersport races which look set to be as usual closely fought.

Daley Mathison has proved his potential in 2014 as a future international road race winner. A succession of excellent results on Hol Taj team classic Suzuki supersport machine have shown that Daley could well spring a surprise or two as he looks to keep up his excellent form this season.

Rated highly by many Derek Mcgee is tipped for top five finishes at this years Ulster Grand Prix. Already in 2014 the determined rider dazzled on his own teams R6 Yamaha securing top class results including a comprehensive race victory at Kells road races. 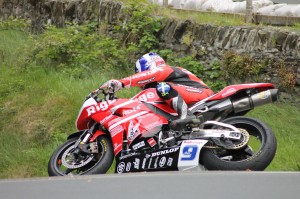 Keith Amor is back at Dundrod for first time in four years and goes into fourth international road race of the year in top form following successful supersport races at Armoy road races. Keith competing for Site Sealants B&W racing has lost none of his speed since returning to road racing this year and could well be on the podium in both supersport races at the prix.

Paul Shoesmith competes on his own teams Ice Valley racing by Motorsave ltd R6 Yamaha and is looking forward to the prix where he is bidding for personal best results.

Paul Owen, Michael Sweeney, Seamus Elliott, Davy Morgan all have the talent and ability to cause many a surprise or two as does Connor Behan.

Connor has this year being regarded more for his exploits in super twin class however the rider who made his road racing debut at Ian Watson spring cup road races at Oliver’s Mount in 2013 has also being impressing many in supersport class.

Connor is competing for KMR Kawasaki at the worlds fastest road race and the teams ZX6 Kawasaki will give him a good chance of securing top quality results. 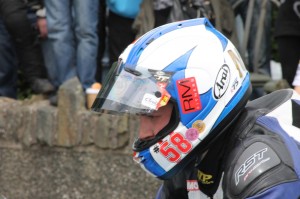 Its being a tremendous year for Russ Mountford which has included being runner up in TT privateers championship. Russ competing on Silicone engineering racing 675 Daytona Triumph is a dark horse for standout results where arguably all the components are there to be fighting for podium finishes.

Ivan Lintin is excited about 2014 Ulster Grand Prix where the 2014 TT privateers champion will be aiming for his best results in supersport class on Taylor Lindsey racing’s CBR 600 Honda.

Stephen Thompson,Shaun Anderson and Robert Wilson are all great all round road racers who have the natural talent to potentially acquire standout results.

Michal Dokoupil is in excellent form going into competing around Dundrod following supersport race win at Terlicko road races. Indi at TT 2014 secured an excellent 14th place finish in second supersport race, the hugely popular rider could well be not to far away from top ten finishes at UGP.

Jamie Hamilton has being in consistent and solid form all season on Wilson Craig racing’s CBR 600 Honda, Jamie is charging his way back to full fitness following crash in grand final race at Skerries road races. The rider nicknamed the hammer has a proven track record in supersport races and theres no doubt Jamie could well be near the sharp end in both fiercely contested races.

Supersport races at Ulster Grand Prix always provide all with racing that amazes us, in 2013 both supersport races where decided on final lap, a similar scenario could happen in 2014, so who starts favourite in the highly competitive class, its to close to call!