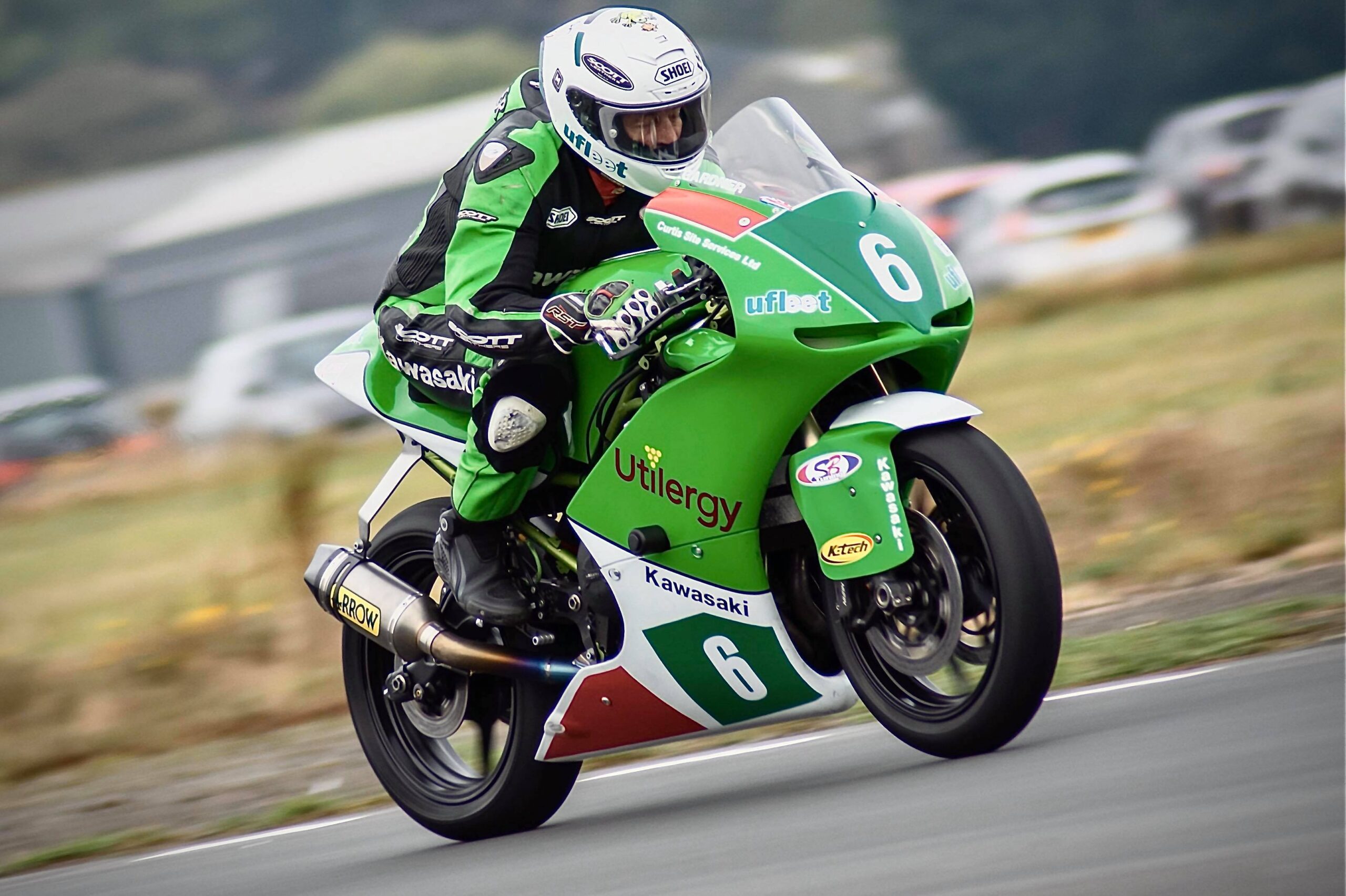 Durham’s Ian Gardner has taken the decision to call time on a racing career which has yielded various race wins, podium finishes, enterprising feats a plenty and countless great memories from competition on the fabled, mythical Mountain Course. 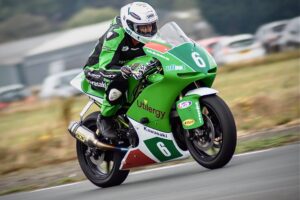 Crowned last October, NEMCRC (North East Motorcycle Racing Club) Mini Thunderbikes Champion, his performance to add this title to his racing resume was made all the more prodigious given that it was just seven weeks since he sustained right arm, hand and left shoulder injuries from an incident during Manx GP/Classic TT practice week.

Still feeling the after effects of the injuries from his spill on the Mountain Course, he’s made the reluctant decision to step away from competitive action for the future.

“Unfortunately it is time to leave my leathers hung up and hobble away from racing. It has been a big part of my life for the past 40 years.

It all started back in the day on RD250’s, no tyre warmers or race tyres, lights taped up and off we went. To end up racing at the TT and the Manx was never in the plan, after going I always wished I went earlier as it is without doubt the best road racing course in the world.

Over the years I’ve had some great races and met some amazing people, some of the people who I will call my second family the race family, they will be friends for the rest of my life.

My heart would like to carry on, but my head and body both now say stop, after the last crash I cannot afford another tumble.”

“It is also time to thank all Marshals, Medics, Officials, Organisers and Press along with the Photographers and the Supporters as well as some legend Engine Tuners and riders who have all played there part in allowing me the enjoyment to race.

To my sponsors without them I couldn’t of achieved what I did, a special mention to Utilergy, Ufleet and Curtis Site Services for their extra support in the latter years towards the Manx GP and TT.

God bless to all my racing friends who sadly are no longer here, you are always in my thoughts, special mention to friends and family members whose help I could never repay.

To the boss, race manager, my wife Paula, who has had to endure everything including fitting engines, refuelling and spannering, she has seen the highs the lows and the broken bits and stuck by my side throughout.

Thanks to each and everyone of you who have helped in anyway, I am extremely grateful.”