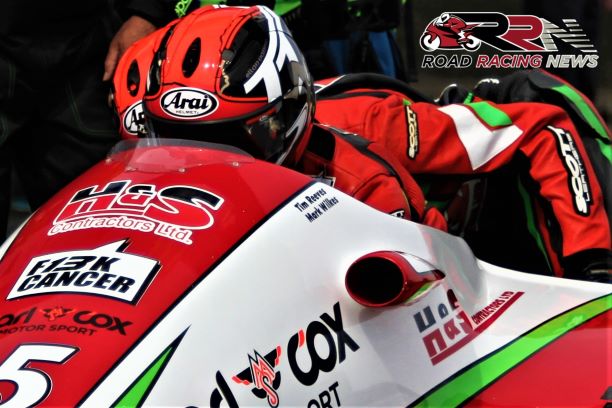 Joining forces again for the TT Races, their second TT stint together saw them jump a level or two, closely matching the pace of in particular Silicone Engineering Racing’s John Holden/Lee Cain.

Quietly going about their business during practice week, the Carl Cox Motorsport backed duo privately ahead of race week were confident of securing at minimum series of podium finishes. 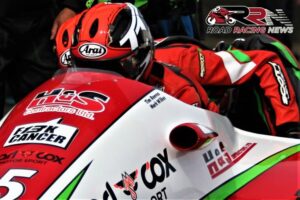 Whilst the headlines, majority of plaudits went the way of race winners, outright lap record holders the Birchall’s Ben & Tom, Reeves/Wilkes in their own right enjoyed a very productive Mountain Course stint.

Alongside sealing another podium finish, lap two of the iconic race saw them seal a new personal best lap speed of 117.729 mph, as they showcased again why they are now regarded amongst the world leading driver/passenger partnerships.

In between their World Championship challenge, July saw them return to roads competition at the ever popular Southern 100.

Unbeatable within the opening three wheeling encounter, feature race day at Billown saw them regain in style the coveted Sidecar Championship they last won in 2015.

Also in 2018, podium finishers at the IRRC Circuit De Chimay event in Belgium, Reeves/Wilkes have further cemented their place amongst the highest echelon of Sidecars roads competition in 2018, alongside the likes of the Birchalls, Holden/Cain, the Founds brothers, Conrad Harrison, Dave Molyneux and Dan Sayle.