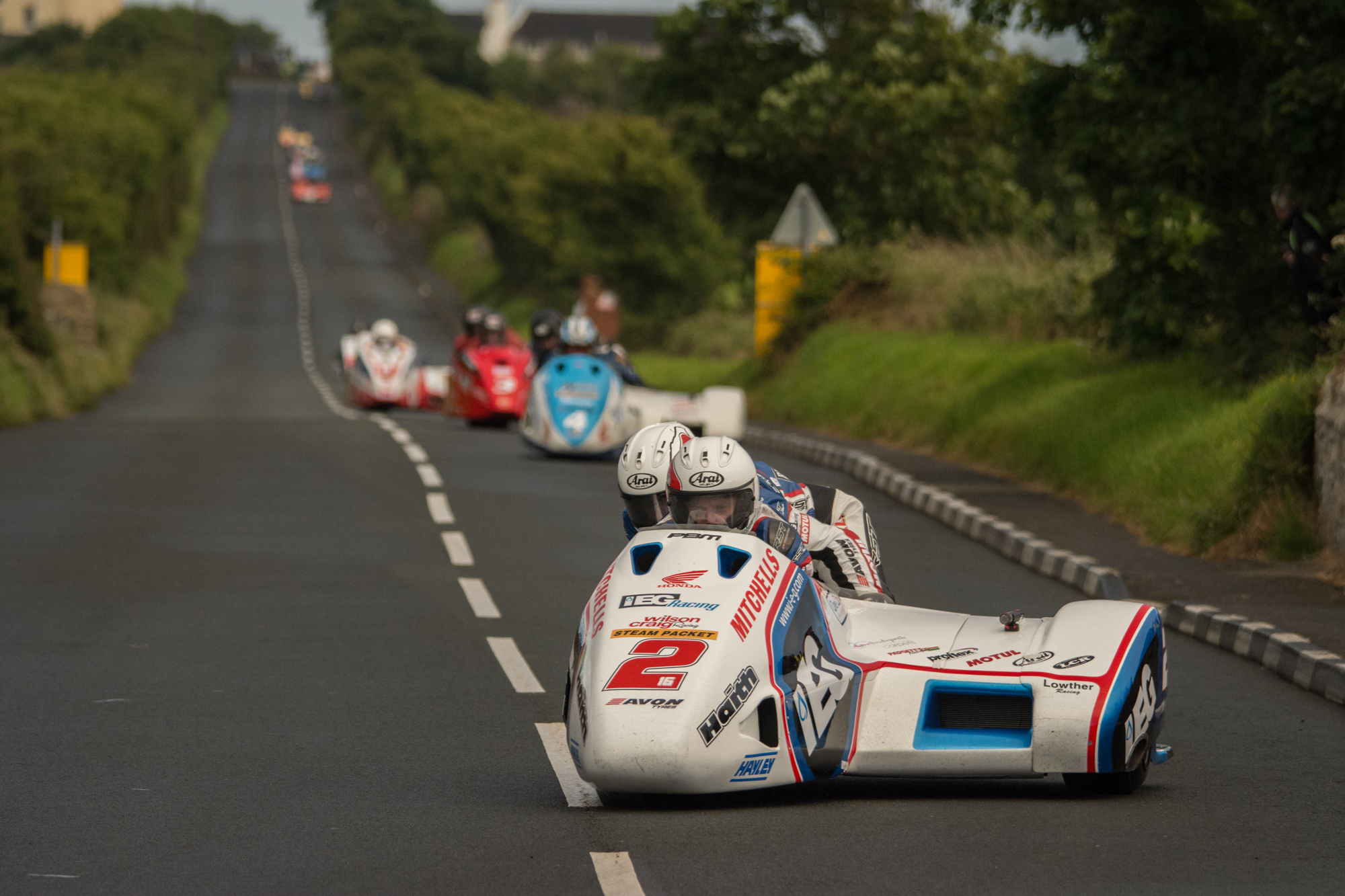 It’s fair to say after switching from Klaus Klaffenbock’s Cofain/Manx Gas backed team, to running their own IEG (International Energy Group) outfit, many where wondering as to whether they could keep up their stellar form on the Mountain Course.

Following a challenging at times practice week at TT 2016, Sure Sidecar race 1, would see the Birchall’s dominate throughout.

Lap 1 saw them set a stunning new lap record, lapping at 116.798 mph, from here, they where in complete command, until problems struck their outfit, on lap four, forcing them out of contention.

Similar misfortune did not occur in the second Sure Sidecar encounter, as they upped their already impressive total of TT victories, to four. 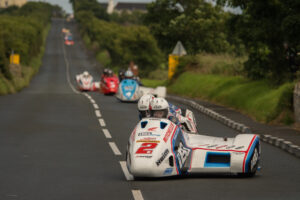 Back on the Isle of Man in July, at the Southern 100, they was embroiled in top quality Sidecar races around Billown.

The prestigious Sidecar championship race, proved an absolute classic and one that provided the Birchall brothers, with yet another piece of history.

Which was, setting the first lap speed by a Sidecar outfit, in excess of 100 mph, on the famous Billown roads course.

Ultimately they finished the six lap race in second place, still the feat as stated above left pretty much any taste of disappointment null and void. 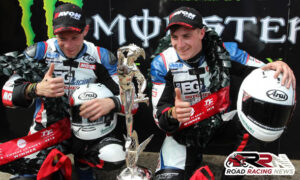 Regarded by many as the leading Sidecar roads team of their generation, they will once again start favourites for more Sidecar TT success, next year.

Arguably the most improved Sidecar team, on the roads this year, has been the father and son duo, Steve Ramsden/Matty Ramsden. 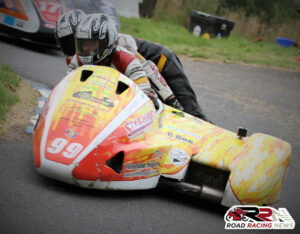 This includes hat trick of victories at the Barry Sheene Festival Powered by Suzuki, add in strong performances at the 66th Scarborough Gold Cup and you see why they are rated so highly, around the mount.

2016 has also seen the Ramsden’s star shone on the Isle of Man.

Their second TT Races campaign, saw them impress hugely, as they sealed fourth and sixth place finishes, in the Sure Sidecar encounters.

Leading newcomers at the Southern 100, finishing sixth in the solo championship, the LCR Honda powered duo, rate so highly in Road Racing News top three Sidecar teams in 2016, not only due to their sustained great performances, but also cause they extracted the maximum out of their 2008 spec 600 LCR Honda stead.

Tim Reeves/Patrick Farrance have enjoyed many a positive moment, on the roads in 2016.

TT 2016 proved a mixed bag for Tim and Patrick, with reliability issues, halting their podium finishing challenge in the opening Sure Sidecar encounter.

The second Sidecar race of the meeting, held on Senior TT day, provided an up turn in fortunes for the Honda powered duo, who battled their way to third place. 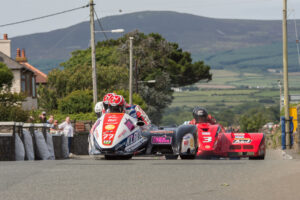 Their most momentous moment of their 2016 roads campaign, was at the Southern 100, setting a new lap record of 100.749 mph, on the way to winning a quite thrilling six lap Sidecar championship encounter, around Billown.

Alongside top class feats a plenty on the Isle of Man, they most recently went the entire 66th Scarborough Gold Cup, at Oliver’s Mount, unbeaten.