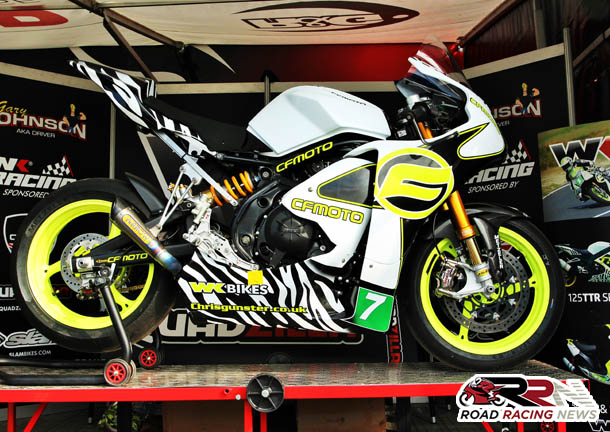 It’s fair to say CF Moto made some significant gains, to put themselves well within grasp of a future podium finish in the Lightweight class, at TT 2016.

Following a vast array of changes and further development during winter, Gary firmly believed prior to the four lap Lightweight race, that a standout result was firmly on the cards.

Showing accomplished form during practice week, “AKA Driver” proved that he could be a dark horse for a top three finish.

Now on the Wednesday of race week, the 2016 Lightweight TT would prove ultimately a highly productive race for Gary and CF Moto.

Contending throughout with Martin Jessopp and Stefano Bonetti for the third spot on the podium, a lengthy pit stop ultimately thwarted him, from recording CF Moto’s first podium placing at the TT Races. 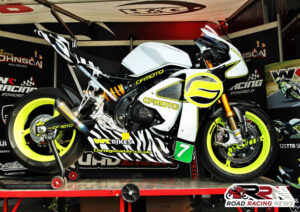 Still fourth position, was an extremely prodigious result for CF Moto, who proved that they are now a threat to the all conquering ER6 Kawasaki’s.

The ambitious manufacturer based in China, goes into TT 2017 confident of further notable progress on the Mountain Course, it would not surprise many if they taste next year, podium joy.